After beating all odds to make it to the American League Championship Series, the Boston Red Sox’s season has come to an end.

The Houston Astros collectively pitched in to put the Red Sox away, and did so in Game 6 by a score of 5-0 after a Kyle Tucker three-run homer in the eighth buried Boston beyond return.

With the win, the Astros win their third AL pennant since 2017 and advance to the World Series again. The Red Sox finish out 99-75.

ONE BIG TAKEAWAY
Boston overcame adversity all season to get to the ALCS, but its offensive outbursts may have come too soon, because after flatlining for Games 4 and 5, the bats didn’t resuscitate themselves for Game 6.

The Red Sox got on base just four times all game — and two instances were after working walks. Alex Verdugo and Kiké Hernández each mustered a hit, but the resolve ultimately wasn’t there — not with runners in scoring position and not with baserunning. And after it started to become one of those games where Boston looked out of answers on offense, it stayed that way.

STARS OF THE GAME
— Really, Yordan Alvarez should be the star of the series. He was the offensive difference-maker for Houston.

His double deep to center scored Alex Bregman for the early lead in the first inning, and then he helped the Astros get a little insurance with a leadoff triple, which he later scored off of. Alvarez finished the game 4-for-4 with a run and RBI.

— Luis Garcia didn’t give up a hit through 5 1/3 innings, preventing the Red Sox from finding any sort of spark at the plate during his start, which ultimately lasted 5 2/3.

— It wasn’t Nathan Eovaldi’s best game of the season. On short rest, he scattered five hits on 4 1/3 innings with four strikeouts and one earned. But with loaded bases in the bottom of the fourth, he got out of the jam with three strikeouts to keep his team in it.

WAGER WATCH
The Astros were -120 favorites entering the elimination game, and delivered for bettors who put their money on them. A $120 bet on Houston would have paid out $100.

NEXT UP
Boston’s exciting 2021 season comes to an end, as Houston advances to the World Series against either the Atlanta Braves or Los Angeles Dodgers.

We’ll catch you next season on NESN. 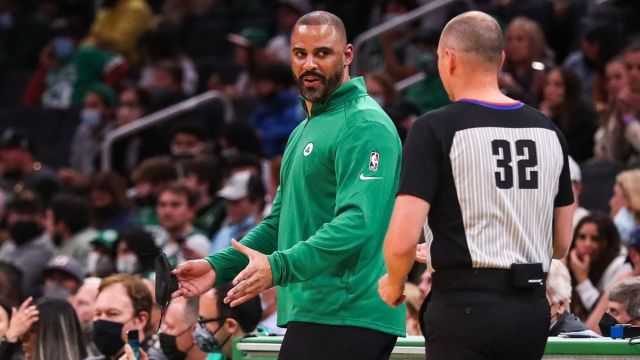 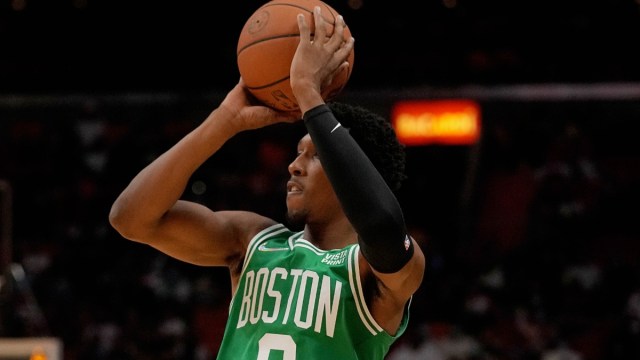