The 2021-22 NHL season begins Tuesday and it’s sure to be an entertaining one.

The league will play a full 82-game schedule one year after realigning divisions and shortening the season due to COVID-19.

Plenty of teams made some big moves in the offseason that should bolster their chances at a Stanley Cup playoff run. Or, at the very least, make them competitive.

Here are six dark horse teams that you should watch out for this season:

New York Rangers — Gerard Gallant enters his first season as the Rangers head coach, and the additions of Ryan Reaves, Barclay Goodrow and Sammy Blais should set New York up to play a more aggressive style of hockey. Alexis Lafrenière and Kaapo Kakko also have the opportunity to break out for the offense, while the defense remains strong. The Blueshirts have a tough division to play in, but they could surprise people this season.

Philadelphia Flyers — The Flyers collapsed in March and missed the 2021 postseason. Their younger players struggled and Carter Hart did not play to expectations. The Metropolitan Division depth probably won’t do Philadelphia any favors, but if Hart can bounce back, as well as Oskar Lindblom, Travis Konecny and Cam Atkinson, this could be a resurgent campaign for the Flyers. It’s hard to imagine they’ll fight for a playoff spot, but the competitiveness will be there.

Ottawa Senators — It will be a tall task for the Senators to return to the playoffs, especially as they return to the heavy Atlantic Division. They could be a Wild Card team should Matt Murray put up Pittsburgh Penguins-esque performances and stay healthy, and if the younger players like Brady Tkachuk and Connor Brown continue to put up strong numbers. The goaltending and defense was an area of struggle last season, and Ottawa didn’t do a whole lot to address the blue line. But it still is an intriguing team filled with potential.

Los Angeles Kings — The playoffs certainly will be within reach for the Kings this season thanks to their offseason additions and a weaker Pacific Division that features the newest NHL franchise Seattle Kraken and four teams that missed the Stanley Cup playoffs last season. Los Angeles is poised to be more competitive in 2021-22 and should be a tough team to beat. It’s also worth noting the Kings will be without Quinton Byfield for an indefinite amount of time due to a fractured ankle. If he’s able to return this season, he’ll add another piece to a team that could reach the playoffs for the first time since the 2017-18 season.

Vancouver Canucks — Can the Canucks make it back to the Stanley Cup playoffs this season? Re-signing Elias Petterssen and Quinn Hughes were two crucial moves the Canucks made, on top of acquiring Oliver Ekman-Larsson in July. Thatcher Demko showed tons of promise in three games during last season’s Cup run, as well, and will look to continue that with Jaroslav Halak as the backup. Vancouver will need its goalie tandem on its A-game should it want to compete for Lord Stanley. The forward group looks good, but there still are questions on the blue line.

Chicago Blackhawks — It’s unknown whether the Blackhawks will be a Stanley Cup playoff team this season, but at the very least, they will be entertaining to watch. A slew of big moves were made in the offseason, including trading for 2020-21 Vezina Trophy winner Marc-Andre Fleury. The talent on the roster is capable of making a playoff run, but the newcomers and veterans all have to jell and build chemistry in order to get there. Regardless, the Blackhawks certainly will be fun to watch this season. 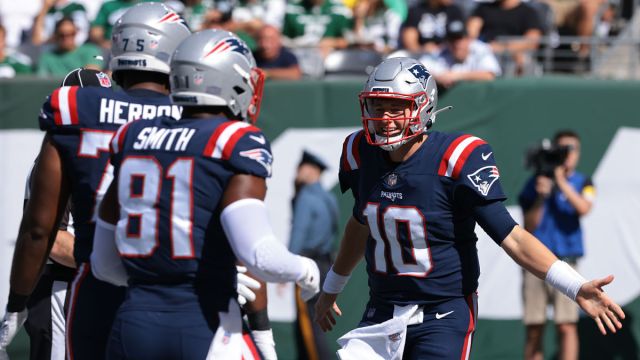 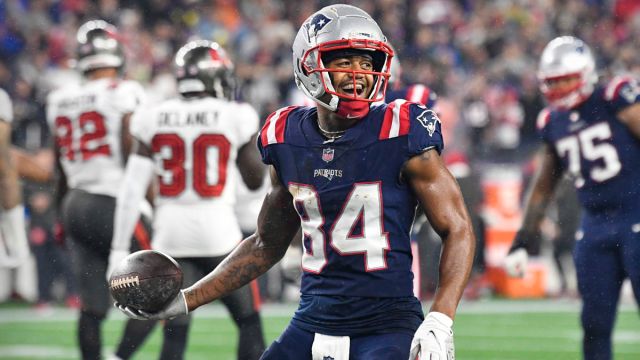 Patriots Fantasy Advice: Who To Start, Who To Sit For Texans Matchup