Jaylen Brown is solo on the Celtics’ most recent injury report.

Boston sets out on a road trip to Utah on Thursday, but the All-Star wing has been ruled out for the game against the Jazz.

Brown will be held out as he continues to manage the hamstring injury that’s been ailing him since Nov. 4 against the Miami Heat.

It was apparent that he perhaps would benefit from a few extra days of rest when the Celtics took on the Philadelphia 76ers at home Wednesday night, as he was limping and grabbing at his hamstring a few times.

We’ll see how long his load management lasts. Brown has played in just 13 of Boston’s 22 games this season, and they appear to be easing him back into things. 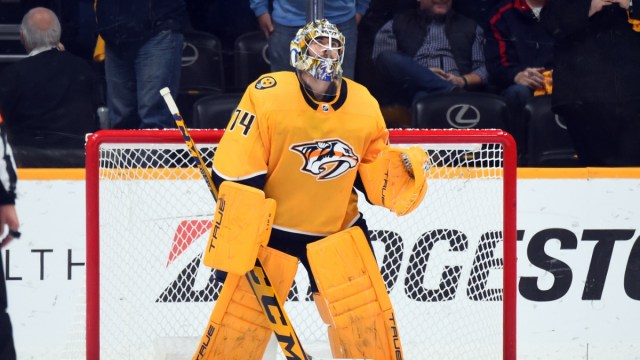 Juuse Saros Looking To Continue Stepping Up For Predators Vs. Bruins