Celtics Wrap: Brandon Boston Drops 27 To Send Celtics Back To .500 Skip to content

They made it interesting after what looked like a wash of a game, but the Boston Celtics couldn’t complete the comeback Wednesday night, falling to the Los Angeles Clippers 114-111.

After entering the game with identical records, Boston falls back down to .500 while LA improves to 14-12.

ONE BIG TAKEAWAY
That was quite the ride.

The Celtics allow some of the fewest points within four feet of the rim all season, but the Clippers didn’t have any problem capitalizing by attacking the basket to start the game. The Celtics defense was brutally inconsistent, but towards the end of the third quarter they figured it out, propelling the offense to then close the gap to just three points after being down by as many as 21.

The fourth was much of the same, but hearts were broken when Boston got within two points in the final seconds. Maybe we do without the 22 turnovers next time.

STARS OF THE GAME
— First and foremost: Brandon Boston. Sheesh. This kid was playing in the G League like two seconds ago, but the rookie had his “I belong here” game against the Celtics.

He finished with 27 points, two rebounds and four steals in his most impressive game yet. Insert joke about his last name being Boston here.

— Jayson Tatum may not have made the cut had he not come alive in the third quarter, leading the charge as Boston erased its deficit.

He finished with 29 points, 10 rebounds, two assists, two steals and a block. We’ll discuss the six turnovers another time.

— Josh Richardson was all Boston (not Brandon) had going for itself for a little while on offense. He had 17 points, five boards, an assist and a steal in a silver-lining effort.

WAGER WATCH
A prop bet on DraftKings Sportsbook had -105 odds that Richardson would score at least nine points. At least Celtics fans who bet on that got some win out of this night, with a $105 bet paying out $100.

UP NEXT
One more game of this long West Coast road trip before the Celtics can head back home. They get a day off Thursday and travel to Phoenix to face the Suns on Friday at 10 p.m. ET.

After that? Back to Boston to host the Milwaukee Bucks. Certainly they have some work to do before then. 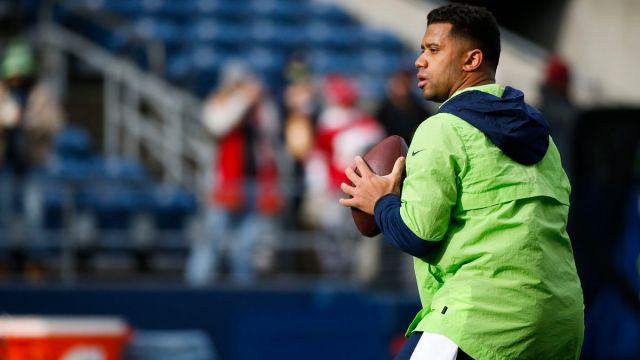 NFL Rumors: Russell Wilson Would Consider Trade To These Teams