That was Hunter Henry on Wednesday when asked about Colts linebacker Bobby Okereke saying his team planned to make the Patriots offense “one-dimensional” in their Week 15 showdown.

Henry added: “We’re just gonna keep to the process. We’re gonna put our head down and go to work and do the same things we’ve been doing week in and week out. Go out there and execute, play at a high level.”

Well, this is what the Patriots tight end — who played great against the Colts — said following New England’s disappointing 27-17 loss in Indianapolis on Saturday night.

Henry’s postgame comments weren’t unique. Multiple Patriots players came down hard on themselves and others after a loss in which they trailed 20-0, committed eight penalties, allowed a blocked punt, threw two interceptions, fumbled twice (recovering both) and had one player ejected — among other things.

David Andrews: “Eight penalties two turnovers in December is not going to win you a lot of football games. … Can’t win games until you stop losing them.”

Matthew Slater: “There’s no excuse to play like that. Come out flat, uncharacteristic penalties.”

So, what happened? How did a team that looked so tight and fundamentally sound during its seven-game winning streak produce such a dud in a big moment? Why did Mac Jones, largely immune to typical rookie mistakes all season, play so poorly in the first half?

It sounds like the Patriots didn’t put their best foot forward after the bye week.

“It starts with me, just throughout the week, we didn’t have a great practice every day,” Jones said during his postgame press conference. ” … Just the energy was kind of low. … I didn’t practice good. I know a lot of guys on our team felt the same way.”

“If we hope to be better the next time we take the field, we’re going to have to have a better week of practice,” he said. “Better focus, better energy — better everything.”

Neither player went into great detail — Jones vaguely said the Patriots might’ve been feeling “sorry” for themselves — but Slater got close.

“As you begin to have success, there’s a tendency sometimes to start to read your own press clippings,” he said. “Not to say that we did that. But I think human nature is, you can kind of say, ‘Hey, we got this thing figured out.’ And I think this is a good wake-up call for us.”

So, the Patriots clearly know what went wrong before and during Saturday’s game against the Colts. And, if anyone in the locker room was under the illusion that this team is coated in fairy dust and destined for a storybook ending, they know better this morning. New England is very good, and outside talk of a potential Super Bowl is justified, but these are not the Tom Brady-era Patriots. They are not good enough to overcome the kinds of mistakes they made at Lucas Oil Stadium.

These kinds of games happen. After all, the 2018 Patriots, who wound up winning Super Bowl LIII, suffered back-to-back defeats in Weeks 14 and 15, including the infamous “Miami Miracle” loss to the Dolphins. Plus, it would’ve been foolish to expect New England to win 14 consecutive games en route to a Lombardi Trophy.

The last team to win at least 12 straight games en route to a Super Bowl win: the 2003 Patriots, who rattled off 15 straight victories. Nine of the last 12 Super Bowl winners finished their seasons with win streaks of only six or less. (H/T: Greg Bedard of Boston Sports Journal.)

The loss to the Colts was not the end of the world. In fact, in some respects, it might’ve been a good thing. The Patriots probably needed to experience some true road adversity, and Jones — the whole team, really — absolutely showed something in fighting back to make it a three-point game with just over two minutes remaining. It might not be a moral victory, but it could be a sign that what we saw Saturday was an aberration, rather than an indication of who the Patriots really are.

“I hope that’s not us,” Slater said. “I don’t believe that’s us. I think we’ve shown that we can be much better than we were tonight.”

That’s why the most important thing about the rough performance against Indy is how New England bounces back. Will the Patriots, who have so many new players, realize the importance of practicing and playing well in December? Will Jones learn from what went wrong in the first half and be better in the final three games? Will the Patriots realize they, like all of the AFC contenders, are capable of both beating and losing to anyone on any given day?

“I certainly hope that we respond the right way moving forward,” Slater said.

That said, there’s a balancing act with how to handle Saturday night’s loss. Good teams and players know when a one-off stinker is just that, but they also know not to totally ignore what happened.

“You just don’t throw it away,” Andrews said. “We gotta learn from it and we gotta correct those mistakes and move on.”

Jones, on the other hand, said this: “Flush this game down the toilet and just roll. And starting tonight, get on the next game and be ready to roll for next week.”

The rookie QB and his teammates ultimately know the truth lies somewhere in the middle. Finding it will be a key factor in how they respond in the coming days and weeks.

However, given the potentially massive importance of next Sunday’s rematch with the Buffalo Bills, the Patriots can’t waste any time in rediscovering what made them so successful the last two months. 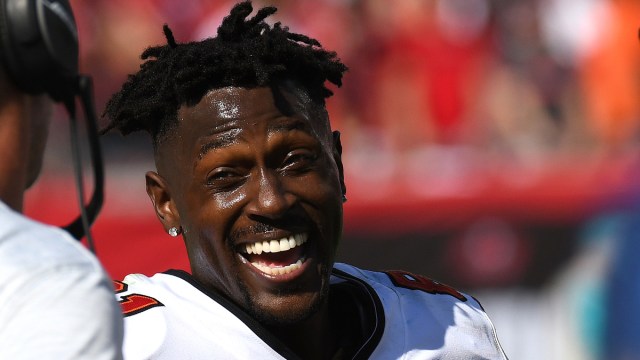 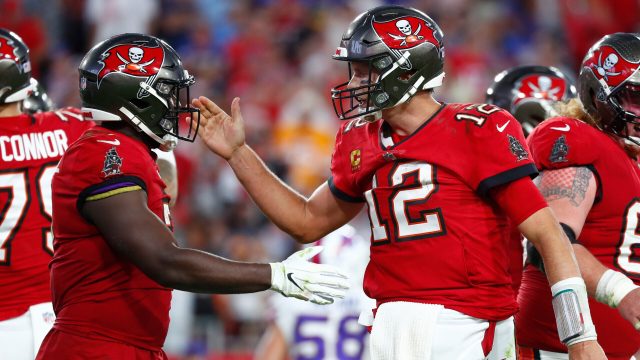