They could struggle to throw the ball for a different reason in this Sunday’s rematch.

Five days out from what could wind up being a de facto AFC East championship game at Gillette Stadium, the statuses of three of the Patriots’ top four wide receivers are in doubt.

Nelson Agholor and N’Keal Harry both exited Saturday night’s loss to the Indianapolis Colts after taking hard hits to the head. The Patriots announced Agholor had suffered a head injury; Harry’s occurred too late to receive an official in-game diagnosis.

Then, on Monday, New England placed Kendrick Bourne on the reserve/COVID-19 list, along with a trio of reserve linebackers.

It’s possible Agholor, Harry and Bourne all could be cleared in time for Sunday’s game (more on that below). But if they’re not, the Patriots would be forced to make do with a skeleton wideout crew consisting of Jakobi Meyers, Gunner Olszewski and practice squadders Kristian Wilkerson and Tre Nixon.

Of those four, only Meyers — New England’s No. 1 receiver — has been a legitimate offensive threat at the NFL level.

— Olszewski is an All-Pro punt returner, but he has just one catch on two targets this season and eight catches for 118 yards and one touchdown in his three-year NFL career, with most of those coming in garbage time.

— Wilkerson has played a grand total of six offensive snaps across two practice squad call-ups and has yet to receive his first official target. A 2020 undrafted free agent, he flashed early in training camp this past summer but later was plagued by drops, tanking his case for a roster spot.

— Nixon, personally selected by retiring Patriots legend Ernie Adams in the seventh round of the 2021 NFL Draft, didn’t stand out in any way in his first NFL summer. He’s been on the practice squad since cutdown day with no elevations to date.

The Patriots could sign another receiver to their practice squad this week if they feel the need for additional depth at this spot. It might be several days before they learn whether Agholor, Bourne and/or Harry will be fit to play against Buffalo.

Bourne’s status will depend on whether he is vaccinated. If he isn’t, he’d be required to sit out at least 10 days and won’t be eligible to play Sunday. If he is, he’d be subject to the NFL’s new return-to-play framework, which was implemented this week as the league experiences a massive uptick in positive COVID cases.

This new system is designed to allow vaccinated, asymptomatic players to “test out” of COVID reserve more quickly. If Bourne has gotten the vaccine and has no symptoms, he can return to the team once he fulfills one of the following criteria:

1. Two PCR tests that are either negative or produce a “cycle threshold” (CT) value of 35 or greater

2. One PCR test that is either negative or produces a CT value of 35 or greater, plus a negative Mesa test result taken with 24 hours of the PCR test

Bourne indicated Tuesday night on Instagram that he had “no symptoms.”

The 26-year-old is in the midst of a stellar debut season for the Patriots, catching 45 passes for a team-high 667 yards and five touchdowns while ranking near the top of the league in catch rate (80.4%) and yards per target (11.9). He’s also carried the ball nine times for 100 yards and thrown one touchdown pass, bringing a multifaceted skill set that would be difficult to replace.

Agholor, meanwhile, will need to clear concussion protocol this week, and Harry — who has a troubling history of concussions — might need to, as well, depending on the severity of his injury.

Head injury recovery timelines vary widely and can be difficult to project. Earlier this season, Olszewski and Patriots running backs Damien Harris and Rhamondre Stevenson all suffered concussions in a Week 9 win over the Carolina Panthers and missed all three practices the following week. Ultimately, Stevenson was cleared to play in Week 10. Harris and Olszewski were not.

Agholor has 36 catches for 450 yards and three touchdowns this season, ranking second behind Meyers in snaps played. Harry mostly has been used as a burly run blocker, catching 10 passes for 169 yards over 10 appearances.

While a straight repeat of their three-throw game plan from the first Buffalo meeting is unlikely, the Patriots could be forced to heavily feature their ground game again this week if some or all of their ailing pass-catchers are unavailable. New England has been strong in that area (third in the NFL in rushing yards since Week 7) but struggled to run the ball against Indianapolis, with Stevenson managing just 36 yards on 10 carries while Harris sat out with a bum hamstring.

The Bills’ defense excels against the pass but has been pushed around by top-end rushing attacks this season. The Patriots gashed them for 222 yards on 43 carries three weeks ago in a 14-10 win.

New England is scheduled to hold its first practice of the week on Wednesday, which should give us an early indication of where Bourne, Agholor and Harry stand ahead of this key divisional matchup. The Patriots can clinch the AFC East title with a win and a Miami Dolphins loss. If the Bills win, they would take over first place in the division with two weeks remaining. 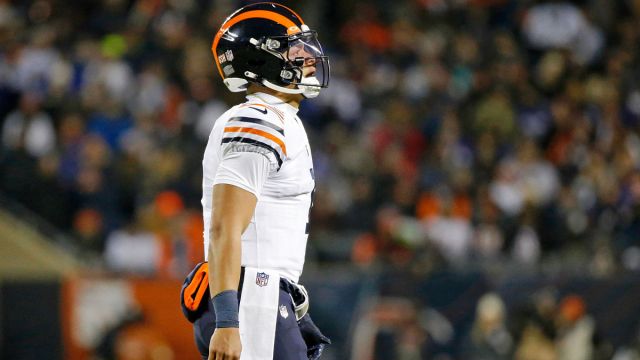 Bears Spread Bettors Would Like Word With NFL After Ending Vs. Vikings 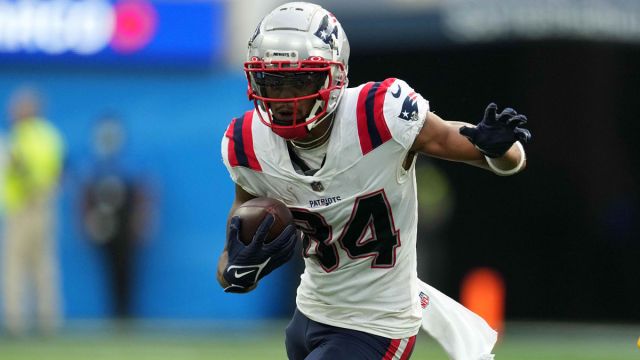