The deal was surprising on multiple levels: Not only was it finalized just before Major League Baseball’s collective bargaining agreement expired. The Red Sox also swapped a 2021 fan favorite for an old fan favorite, as Bradley spent nine seasons with Boston between 2013 and 2020.

Well, it more or less boils down to defensive flexibility, as well as the upside of the two prospects involved. Bradley is a natural center fielder — a Gold Glove defender, in fact — whereas Renfroe mostly has played corner outfield in his MLB career.

By adding Bradley, the Red Sox can use Kiké Hernandez at second base on a more consistent basis, with Alex Verdugo and Jarren Duran among the options to flank JBJ on the outfield grass. Or, Boston can use both Bradley and Hernandez in the outfield at the same time, paving the way for Christian Arroyo (or someone else) to man the keystone.

“True center fielders are hard to find. And we feel we now have two of the best at that position,” Bloom told reporters Wednesday night. “And so what (Bradley) brings to our roster is a very hard thing to find. Obviously, moving Hunter leaves a hole, but we felt that having two premium defensive center fielders is a huge boost to our roster, and we’re also excited about the minor league players that we got. So we felt this was something that made sense for us right now and also has a chance to pay dividends down the road.”

Versatility has been a point of emphasis since Bloom joined the Red Sox from the Tampa Bay Rays front office in October 2019. This latest trade is another indication that it’ll continue to be moving forward.

The Red Sox didn’t envision Hernandez becoming their full-time center fielder when they signed him as a free agent last offseason. But that ultimately became the case in 2021, for various reasons, and Hernandez proved more than capable of handling the role.

“We also play in a park where it feels like you need two center fielders to cover our center and right,” Bloom said. “And so just having options, we talked about the defense, and Hunter is a great defender, as well, but Jackie is really one of the best, especially one of the best in this ballpark that’s ever done it. And so to have him back, the more, the merrier in terms of premium outfield defenders here.”

The overall objective, as Bloom explained, is to give Red Sox manager Alex Cora as much depth as possible. After all, you never know what a 162-game schedule will throw at you, from injuries to production (or lack thereof) and everything in between.

But Bradley had some productive seasons at the plate in his first stint with the Red Sox, including several clutch hits in the playoffs. It’s not farfetched to think he could bounce back upon returning to the organization that drafted him 40th overall in 2011.

“We’re certainly optimistic,” Bloom said. “This is home for Jackie. Recognizing that it was a tough year for him, I think we all know the ability that he has is better than what he showed this year. And I think coming back here will be able to get him back to a lot of what he used to do.

“Defense has always been his calling card, but we know he’s a better hitter than what he showed this past year and we’re optimistic we’re going to be able to get him back to something resembling who he was here for so long.”

It doesn’t hurt, either, that Boston added two minor leaguers who ranked among Milwaukee’s top 17 prospects, per MLB.com. So, the trade might help immediately and a few years from now.

What a fascinating deal, to say the least. 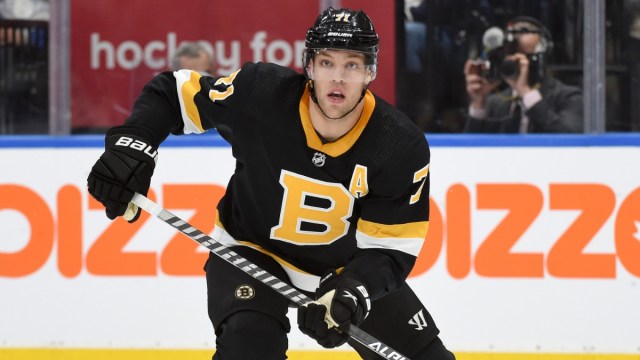 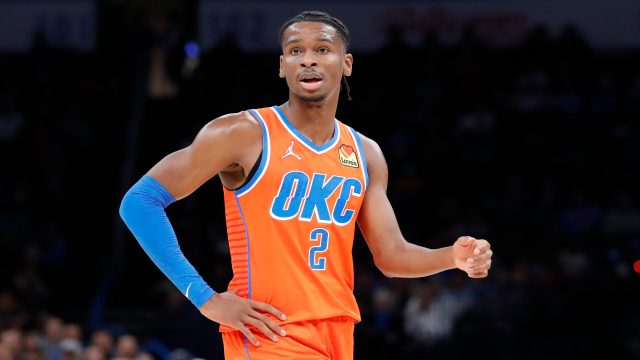