Why Tuukka Rask Had Practice With Bruins, Even Without Contract Skip to content

Tuukka Rask recently has been working out and skating at Warrior Ice Arena. This much we’ve known.

But there was definitely a new layer added Monday, when Rask ended up practicing with the Boston Bruins.

Rask remains without a contract as he recovers from offseason hip surgery. He’s made clear countless times he wants to stay with the Bruins if he continues playing, and the team likewise has emphasized its desire to have him back.

Bruins goalie Linus Ullmark didn’t participate in practice Monday, so Rask ended up joining the group. That prompted many fans to quickly think the latter netminder is back with Boston officially, but The Athletic’s Pierre LeBrun clarified how Rask could practice with the team without a contract.

“Rask has not signed with the Bruins (yet),” LeBrun tweeted Monday. “He is an (emergency backup) goalie today with Ullmark and a few other players absent for non-Covid illness”

It would be surprising if Rask signed this early, seeing as he’s still at least a month out from his likely date to be cleared for game action. Still, though, it has to be encouraging to see that he is capable of taking part in a practice.

One roster move the Bruins did make Monday amid some uncertainty is the call-up of veteran defenseman John Moore. 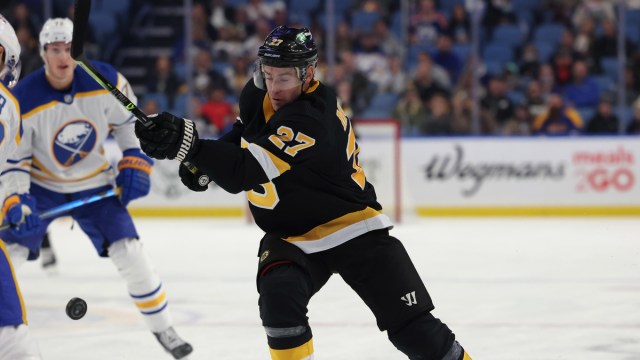 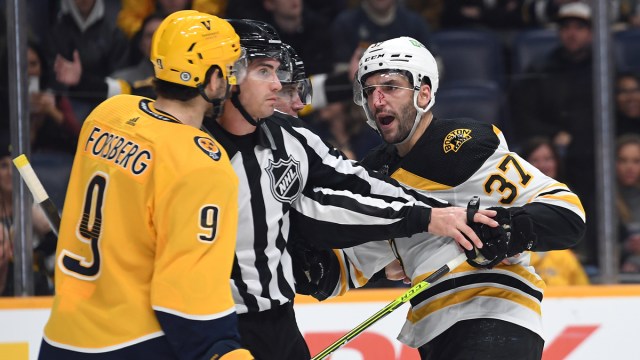