Sunday was a fun day for New England Patriots running back Damien Harris.

Harris was mic’d up during the Patriots’ 50-10 win over the Jacksonville Jaguars, offering fans an inside look at his series of emphatic sideline celebrations.

Most of those, as seen on Paramount+’s “Inside the NFL,” consisted of the running back repeatedly screaming “Yeah!!” whenever a teammate crossed the goal line.

This week’s edition of “Game Day All Access” offered a longer look at Harris’ mic’d-up highlights, including his interactions with teammates after several of Sunday’s biggest plays.

To Rhamondre Stevenson after one of the rookie running back’s two touchdown runs: “Bruh, to be a big dude, you’ve got the lowest center of gravity I’ve ever seen, bro. You be making folks miss like uh, uh, uh. Boy, you like 230 (pounds).”

Harris ranks eighth in the NFL in rushing yards (892) and tied for second in rushing touchdowns (14) this season. He scored two early touchdowns against the Jaguars, then sat out the second half as he continued to recover from a Week 13 hamstring injury.

The Patriots will close out their regular season Sunday afternoon against the Dolphins in Miami. 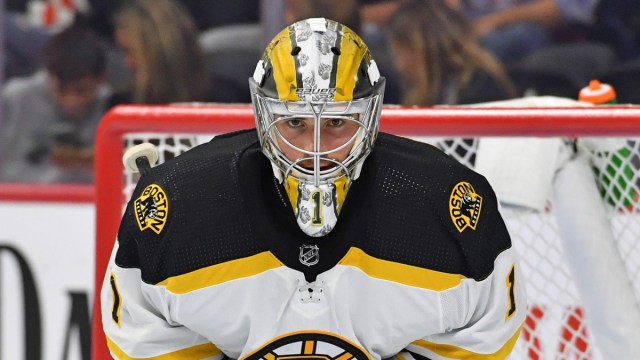 Will Jeremy Swayman Be Odd Man Out In Impending Bruins’ Goalie Battle? 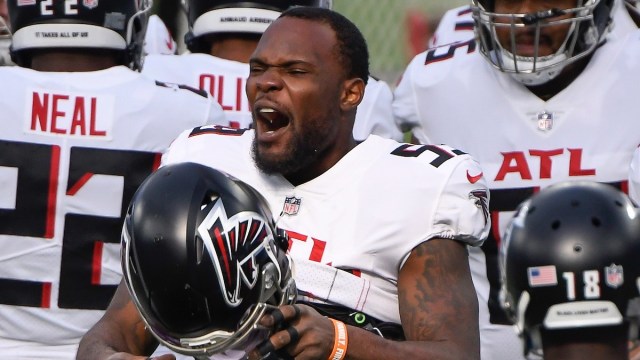 Patriots Add Familiar Linebacker To Practice Squad Ahead Of Week 18