Damien Harris Is Emerging Star, But Does He Have Future With Patriots? Skip to content

The New England Patriots soon will have a decision to make with Damien Harris, and it might be the toughest one involving a running back in the Bill Belichick era.

The 2019 third-round pick was a force in 2021, racking up 929 rushing yards and 15 touchdowns, good for second-most in the NFL. Harris finished the season as the third-ranked running back by Pro Football Focus, a fact that carries a few caveats but nevertheless is impressive. A physical and explosive runner, the Alabama product has established himself as one of the NFL’s top young backs despite missing eight combined games over the last two seasons due to injuries.

The 25-year-old also is a locker room leader and a close friend of quarterback Mac Jones — no small thing.

Harris is entering the final season of his rookie deal and is set to become an unrestricted free agent next offseason. If he stays healthy in 2022 and has another strong season — risky assumptions with any running back — it’s easy to envision him and the Patriots parting ways.

Of all the running backs in the Belichick era, Harris easily has built the best résumé of someone entering the final year of a rookie deal. Fellow third-rounder Stevan Ridely significantly declined in the two years after his great sophomore campaign, making it easier for New England to watch him walk in free agency. As for 2006 first-rounder Lawrence Maroney, he fell off an even steeper cliff than did Ridley, with the Patriots ultimately trading him a week into his contract season, which was the fourth of his career. Unlike those two players, Harris is on an upward trajectory after his third campaign.

When you look into it, it’s hard to find any truly comparable contract situation. Sony Michel was set to have a limited role before the Patriots traded him in August. The Danny Woodheads and Dion Lewises of the world began their careers outside of New England, and they, like franchise stalwarts Kevin Faulk and James White, weren’t lead-back material. Harris is a legitimate franchise running back.

If you extend beyond the Belichick era, you can find a kinda-sorta comparison in Hall of Famer Curtis Martin, whom New England took in the third round of the 1995 NFL Draft. After three excellent seasons, including two Pro Bowl nods and a Rookie of the Year award, Martin signed with the New York Jets as a restricted free agent. The rest is history.

So, Harris’ situation is an unprecedented one for Belichick to handle, and is made even more unique by the presence of 2021 fourth-rounder Rhamondre Stevenson.

Unlike virtually all of the aforementioned running backs, Harris is backed up by a very good replacement option. In fact, you easily can argue that Stevenson could be better than Harris as soon as next season.

The Oklahoma product impressed during the preseason but drew harsh criticism from running backs coach Ivan Fears. He then was benched after fumbling in the season opener and healthy-scratched in four of New England’s next six games. Stevenson appeared destined for the semi-annual Patriots rookie running back redshirt year, something Harris experienced his rookie season.

But he was a revelation the rest of the way. Stevenson finished the season with 606 yards and five rushing touchdowns to go along with 123 receiving yards. The 24-year-old blew right by the rookie wall and finished the season as PFF’s 10th-ranked running back overall and top-ranked rookie runner.

And, unlike Harris, Stevenson won’t be a free agent until 2025.

Paying top dollar for running backs, prone both to injuries and sudden, precipitous declines (Todd Gurley still is just 27 years old), largely is viewed as bad business in the NFL. And the Patriots love themselves some good business — perhaps too much, at times.

If Harris doesn’t return in 2023, New England, in theory, could go five consecutive seasons of paying its top running back a rookie salary. There are many benefits to that.

What, then, should the Patriots do with Harris?

There are a few options. They could offer him a contract extension right now, but, thus far, there’s been no indication of that being a possibility. The Patriots could let Harris play out his rookie deal and address the situation in a year. Maybe his price skyrockets; maybe it drops. The franchise tag could be an option, but that likely would result in Harris making nearly $10 million in 2023. Belichick has used the franchise tag 10 times since taking over the Patriots but never on a running back.

Of course, there also is a potential trade to consider. The Patriots might get killed for it, and it might not go over well in the locker room, but a compelling case could be made for trading Harris this offseason to help address other roster issues. That Stevenson has franchise-back ability enables the Patriots to make such a decision.

Perhaps New England will go against conventional wisdom and hitch its long-term wagons to a Harris-Stevenson backfield. But is that the best approach to take in a league driven by quarterbacks and dynamic passing games?

A wiser approach probably would be to move on from Harris, now or later, and ride Stevenson, J.J. Taylor and a Brandon Bolden-like depth piece. The process likely would repeat itself in a few years.

Harris is an emerging star at an important skill position. Sometimes, that results in a ticket out of Foxboro. 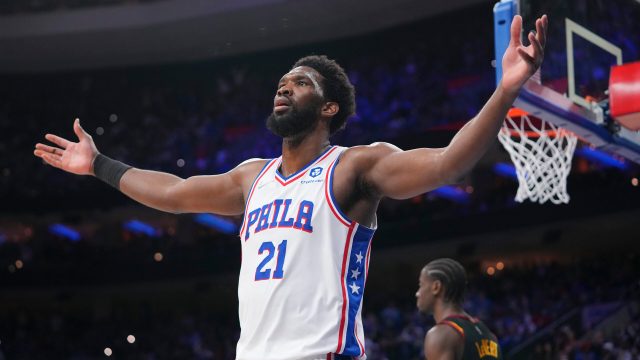 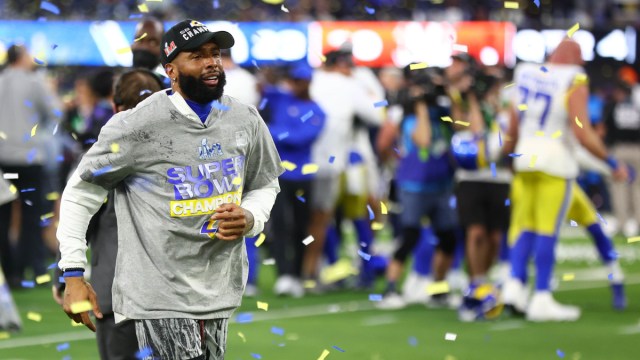