It wasn’t a memorable first period for Jonathan Quick on Monday against the Boston Bruins, but one specific stop the Los Angeles Kings goaltender made on a Jesper Froden was quite the highlight-reel save.

With two minutes left in the period, Quick faced an onslaught started by Bruins forward Charlie Coyle, then defenseman Charlie McAvoy and then, with the netminder’s back to the puck, the fourth-line forward Froden.

The overhead camera captured the insane save with Quick essentially squirming on the ground before using his outstretched leg to cover any part of the net that he could. It worked out well for Quick, but the replay showed just how bad Froden got robbed of what would have been his first career goal.

Quick did allow two goals to Bruins top-line winger Jake DeBrusk in the period, and then allowed a hat-trick goal in the second, but he certainly took one away with that high-level stop. 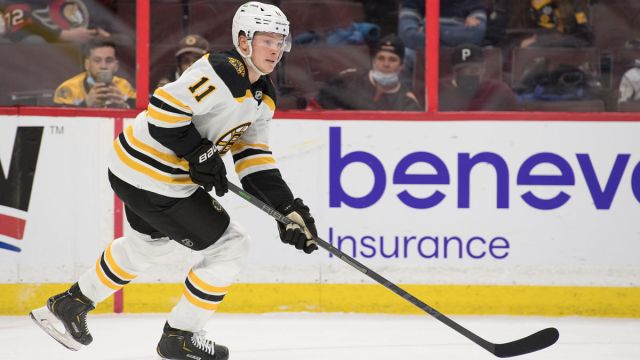 Trent Frederic Goes At It With Brendan Lemieux Early Vs. Kings 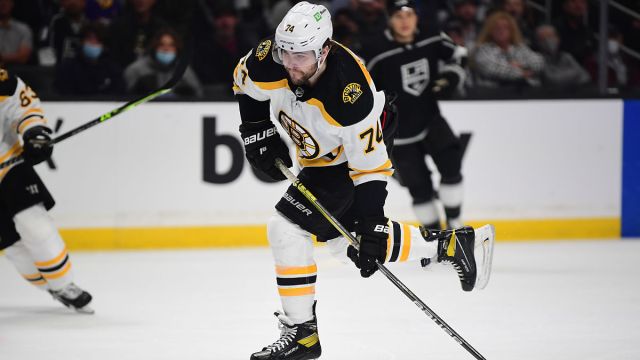