The Boston Bruins returned to TD Garden on Monday after a long and successful road trip but suffered a difficult-to-swallow defeat to the Los Angeles Kings with a 3-2 overtime loss.

Boston, who defeated LA by a seven-goal margin one week prior, fell to 34-18-5 on the season. While the hosts earned a point it certainly felt like they let one slip away. Los Angeles improved to 32-19-7 with a momentum-building win.

ONE BIG TAKEAWAY
The Bruins have a concerning theme on their hands as Boston now has allowed the game-tying goal in the final 30 seconds of regulation three times in the last four games. The Bruins, after taking both a 1-0 and 2-1 lead earlier in the contest, allowed the Kings to score the game-tying goal at 19:34 of the third period with Trevor Moore finishing a rebound on the doorstep to send the game to overtime.

This time, unlike Saturday’s game against the Columbus Blue Jackets, the error proved costly as Boston watched its two points slip away in the overtime loss.

STARS OF THE GAME
— Craig Smith netted his fifth goal in three games as the Bruins’ third line proved to be one of the main highlights. Smith also had an assist and key play on Boston’s first goal of the game by Trent Frederic.

— Third-line center Charlie Coyle finished with a pair of assists as he set up both Frederic and Smith with brilliant plays in the offensive zone. Coyle, who had a costly turnover in overtime, now has three assists in last three games.

— Andreas Athanasiou scored the game-winning goal for the Kings at 1:53 of the three-on-three overtime.

WAGER WATCH
Boston’s seven-goal output against the Kings one week ago may have caused an inflated total with the over/under set at 6 on Monday night. The Under was even money at +100 meaning a $100 wager would have paid out $200.

ON DECK AT NESN
The Bruins return to TD Garden on Thursday as they host the Chicago Blackhawks with puck drop set for 7 p.m. ET, and you can watch it live on NESN. 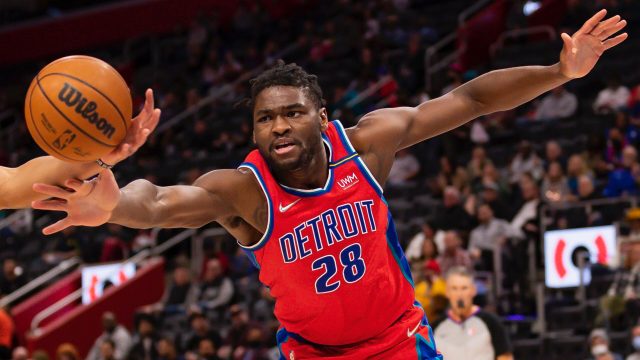