The Boston Bruins have come to the end of the road after losing to the Carolina Hurricanes 3-2 on Saturday at PNC Arena in Game 7 of their first-round Stanley Cup Playoff series.

The Bruins’ 2021-22 season ends on the loss, while the Hurricanes advance to the second round.

ONE BIG TAKEAWAY
Little mistakes can, and often do, snowball into massive setbacks.

Although the result shows a one-goal differential between the teams, but other stats — including the Hurricanes’ 14-6 advantage in blocks and the Bruins’ unwanted 16-7 edge in giveaways — reflect the how small details can make all the difference in a given game.

That’s what happened in the first period, in which the Bruins more than held their own but found themselves trailing at the end. Boston had held Carolina in check for most of the frame, and goaltender Jeremy Swayman had made the necessary saves on the first seven shots he faced. But the ‘Canes inflicted a terrible end to the period on the B’s when Teuvo Teravainen exploited a defensive miscue to score the opening goal with just 1:24 remaining.

The disappointment seemed to linger, as the Hurricanes doubled their lead just 3:14 into the second period via Max Domi’s quick thinking and a fortunate bounce. The fact Domi scored just six seconds after the Bruins killed a penalty added extra sting.

The Bruins quickly showed their competitive spirit remained intact, as Jake DeBrusk cut the Hurricanes’ lead in half just 1:50 after Domi’s strike.

However, Domi restored the Hurricanes’ two-goal advantage at the 10:33 mark in the second period.

The Bruins threw all they had at the Hurricanes in an effort to tie the score, but the hosts, who boasted the NHL’s best defense in the regular season, largely shackled their visitors to prevail in the so-called “Homer Series.”

David Pastrnak scored with 22 seconds remaining, but it ultimately was a case of too little, too late for Boston.

STARS OF THE GAME
— Domi scored two goals, assisted another and had a plus-three rating in what was an historic performance.

The left wing was one point shy of becoming “the 14th player in NHL history to record at least four in a #Game7 ? a feat achieved by only two skaters in the past 28 years,” the NHL wrote in a tweet.

— Bruce Cassidy said at his pregame press conference Bruins goalie Swayman and his Hurricanes counterpart Antti Raanta both had their chance to start writing their respective NHL legacies in Game 7. Raanta certainly rose to the occasion, stopping 26 of the Bruins’ 28 shots, including this impressive save in the first period.

— Pastrnak scored on the last of his game-high six shots on goal.

WAGER WATCH
Let’s keep this one simple: DraftKings Sportsbook had the Bruins as +120 underdogs win Game 7 over the Hurricanes, meaning bettors who placed $100 on Boston were out of luck.

UP NEXT ON NESN
The Bruins’ season is over, but stay tuned to NESN for all of Boston’s offseason news. 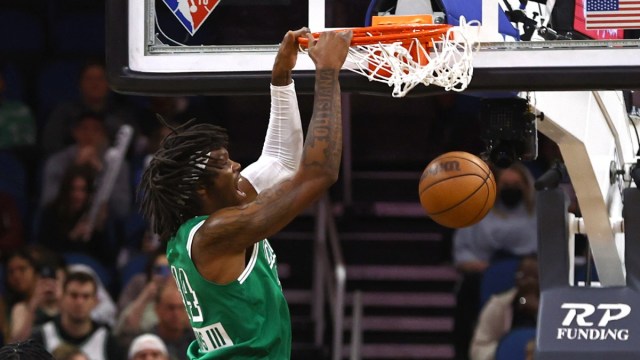 Celtics List Robert Williams As Questionable For Game 7 Vs. Bucks 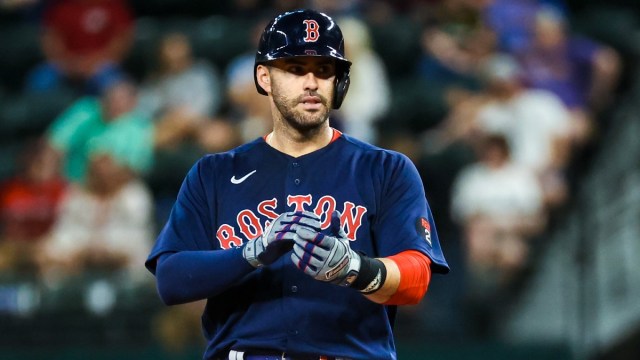