The Boston Celtics finished the job in Game 7 of the Eastern Conference finals against the Miami Heat with a 100-96 victory at FTX Arena on Sunday night.

Boston will advance to the NBA Finals for the first time since 2010 and take on the Golden State Warriors. Miami’s season is over after the best-of-seven.

ONE KEY TAKEAWAY
The Celtics have been vocal about playing with a sense of urgency in the series, especially out of the gate. Boston certainly did so against Miami Sunday, as they jumped out to a 32-17 lead in the first quarter. They appeared to play with more effort and looked to be the faster team.

The C’s were frontrunners the entire game but started to lose momentum entering halftime. Due to an 11-2 run by Miami, Boston opened the third quarter with just a six-point lead. After the lead was cut to just two points, the Celtics started to play as fast as they opened the game, and once again, production followed.

Every time the Heat battled back into the game, the Celtics responded by upping the pace of play, and Miami could not keep up.

STARS OF THE GAME
— Jayson Tatum scored 26 points on 9-for-21 from the field. While his point total is always of note, he put on a passing clinic in Game 7 with six assists and would have had much more if his teammates knocked down open shots. The star forward also recorded 10 rebounds, two blocks and a steal. Tatum, who went on to win the “Larry Bird Trophy” as MVP of the Eastern Conference finals, took a charge in the final minutes to close out the win.

— Jaylen Brown was an all-around productive player for the Celtics. He dropped 24 points with six rebounds and six assists.

— Jimmy Butler left everything on the court in Game 7. The star kept the Heat alive with 24 first-half points. He finished with 35 points, nine rebounds and one assist. Most impressively, he played every second of the game and never showed any sign of fatigue.

WAGER WATCH
The first quarter Over was set at 48 on DraftKings Sportsbook. Thanks to an impressive offensive outburst by the Celtics, the Over hit, with 49 points combined points. With -110 odds, a $100 bet would have paid out $190.91

UP NEXT
The Celtics will play Game 1 of the NBA Finals against the Golden State Warriors on Thursday at Chase Center. Tipoff is set for 9 p.m. ET. 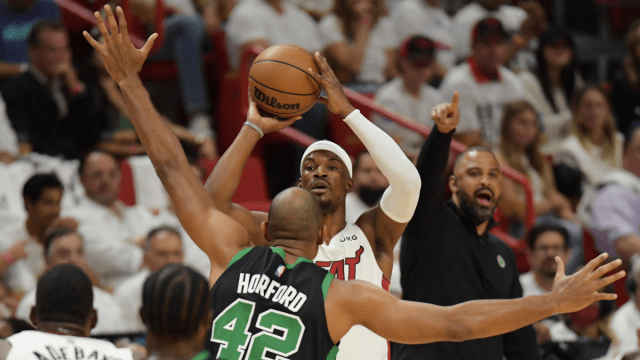 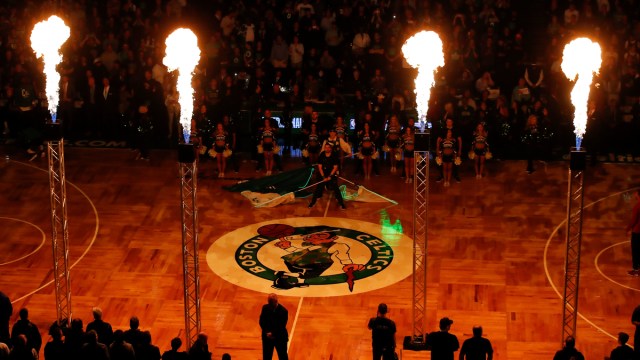