The Boston Celtics lost their second straight game, this time in overtime as they fell to the Cleveland Cavaliers, 132-123, at TD Garden on Friday night.

The Celtics fell to 3-2 while the Cavaliers improved to 4-1.

ONE BIG TAKEAWAY
Boston’s offense continues to be leaps and bounds ahead of its defense, quite the contrast from last season when the Celtics’ identity was built on the defensive end.

And that’s proved to be a problem with the Celtics not being able to put away the Cavaliers in the second half and overtime due to their defensive shortcomings.

The defense hasn’t been anywhere close to being up to par as the Celtics allowed at least 120 points for the third straight game. The pesky Cavaliers had very little issue generating offense as Donovan Mitchell and Caris LeVert combined for 82 points.

With a porous defense, the Celtics saw their 75-62 halftime advantage slip away, and couldn’t get a stop when they needed to most in the fourth quarter and overtime. Boston talked all week about refocusing on defense, but it sure likes their focus still isn’t there.

STARS OF THE GAME
— Mitchell led the way for the Cavaliers, scoring 41 points on 15-for-26 shooting. The three-time All-Star also recorded four rebounds and three assists.

— LeVert matched Mitchell, torching the Celtics for 41 points as well. He shot 12-for-21 from the floor, including hitting a clutch 3-pointer off an offensive rebound with 1:10 left in the fourth quarter.

WAGER WATCH
Marcus Smart had a rough shooting night (3-for-15), but contributed to the offensive effort by setting up his teammates. DraftKings Sportsbook set Smart’s assists over/under at 5.5 with +105 odds. Smart collected seven helpers, so a $100 bet would have totaled $205.

UP NEXT
The Celtics will have one day off before hosting the Washington Wizards on Sunday. Tipoff from TD Garden is scheduled for 6 p.m. ET. 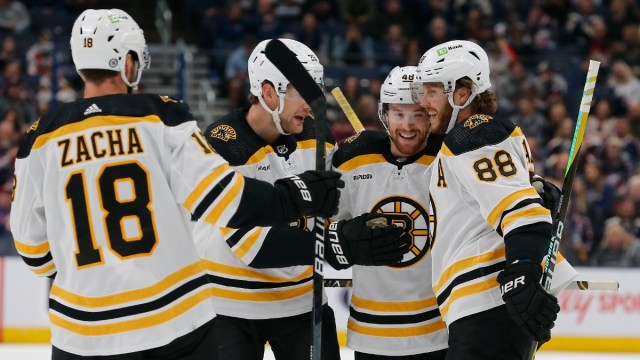 Bruins Notes: Boston Off To Historic Start After Win Vs. Blue Jackets 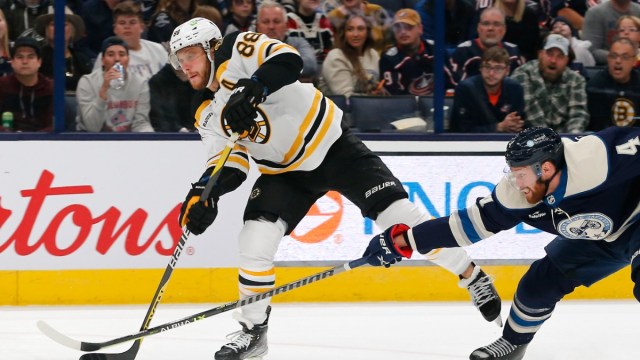