With New England and New York tied 3-3 late in the fourth quarter, the rookie cornerback delivered a 84-yard punt return to give the Patriots a lead with five seconds remaining. They eventually walked away with a 10-3 victory.

It was a miraculous and potentially season-saving play from Jones, who left the game for a brief period due to an ankle injury.

And it’s a good thing the Patriots won, because it would’ve been a tough pill to swallow had they lost. New England finished with 297 yards of total offense compared to just 103 for the Jets, who managed just six first downs on the afternoon. The Patriots also won despite the typically automatic Nick Folk missing two field goals.

Mac Jones was solid despite rough protection and occasionally baffling play-calling. The sophomore quarterback completed 23 of 27 passes for 246 yards while throwing zero touchdowns and, most importantly, zero interceptions. On the other side, New York quarterback Zach Wilson completed nine of 22 passes for a measly 77 yards. He was lucky to escape without at least two interceptions.

Here are three studs and three duds from a weird day in Foxboro:

STUDS
RB Damien Harris
This game offered a reminder that the Patriots are at their best when Harris and Rhamondre Stevenson both are in the backfield and splitting carries. Harris was dynamite in this game, finishing with eight carries for 65 yards — including a 30-yarder — and two catches for two yards. As always, Harris ran hard while showing off his underrated skill set.

RB Rhamondre Stevenson
A relatively quiet day by Stevenson’s standards, as the sophomore back finished with 26 yards on 15 carries and 56 yards on six catches. But he earned a spot in the “studs” section thanks to this outrageously good play on third down:

CB/KR Marcus Jones
We had Josh Uche in this spot until Jones delivered his game-winning return. Just an absolutely enormous play for the Patriots.

DUDS
Offensive line
It was a painful game for this group — both literally and figuratively. Center David Andrews left during the first quarter due to a thigh injury and didn’t return. Isaiah Wynn, who surprisingly started over Trent Brown at left tackle, suffered a foot injury and later was ruled out. And, from start to finish, Jones faced heavy pressure while being sacked six times. Brown, replacement center James Ferentz and right tackle Yodny Cajuste all had big issues in this game.

WR Tyquan Thornton
The rookie hasn’t been able to get on the same page as his quarterback since Jones returned from his ankle injury. Thornton dropped an easy completion during the Week 8 road win over the Jets, and he and Jones failed to connect on multiple easy completions during the Week 9 home win over the Indianapolis Colts. On Sunday, Thornton dropped a pass during the first quarter and finished with just one catch for five yards. He needs to be tougher on the ball, and also needs to start making more of his increased playing time.

TE Jonnu Smith
Smith actually had one of his more productive games of the season, finishing with four catches for 40 yards and one carry for five yards. But he lands on this list for fumbling away a potential touchdown while trying to switch hands during a first-half carry. The Patriots wound up recovering the ball but had to settle for a field goal. 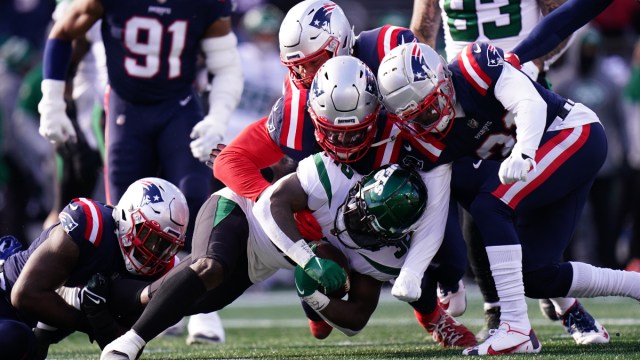 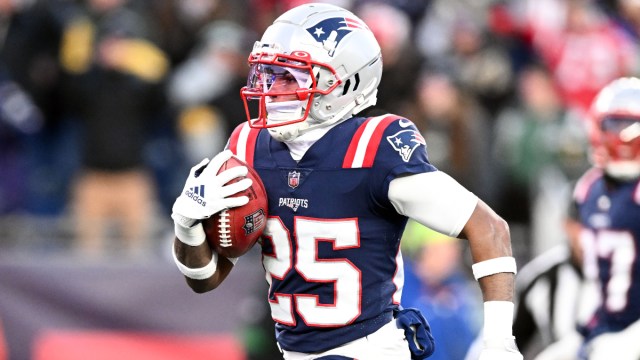