It’ll probably be difficult to find time on Chaim Bloom’s Outlook calendar over the next few months. The Red Sox chief baseball officer has an extensive to-do list as Boston faces a crucial offseason that could have long-term ramifications for the organization.

The Red Sox, who fell two wins short of the World Series in 2021, regressed rather significantly in 2022, finishing in last place in the American League East — a difficult division, to be fair — and therefore raising questions about their potential for 2023 and beyond.

Sure, some bright spots remained. But there’s obviously a ton of work necessary as the Red Sox look to reshape their roster in a way that leads them back to the postseason — and potentially the Fall Classic — next season.

Re-sign Xander Bogaerts (or figure out Plan B)
Bloom made it clear Bogaerts is Boston’s top priority this winter. The four-time All-Star opted out of his contract — with three years and $60 million remaining — and became a free agent, and the Red Sox now must make a franchise-altering decision regarding the shortstop position. Will they find common ground with Bogaerts, a clubhouse leader and fan favorite? If not, what’s Plan B?

There are three other star shortstops available in free agency — Trea Turner, Carlos Correa and Dansby Swanson — which adds another fascinating wrinkle to the situation. If the Red Sox don’t re-sign Bogaerts, who likely will command a contract well north of $100 million, they also could shift Trevor Story back to shortstop — his natural position for six seasons with the Colorado Rockies before moving to the other side of the bag in 2022 — and go from there, potentially targeting second basemen on the trade market.

Whatever the case, the Red Sox either need to retain Bogaerts or find a way to adequately replace his production in the middle of the order. And everything else this offseason more or less hinges on which avenue they choose.

Explore contract extension with Rafael Devers
Devers might be a lesser priority, if only because he’s still under contract for 2023. But the third baseman’s looming free agency next offseason still needs to be top of mind as the Red Sox plot their path forward. Devers, a two-time All-Star, is a game-changing force who’s firmly in his prime at age 26, and entering the upcoming season without a long-term deal in place would be risky.

It’ll be interesting to see whether the Red Sox can ink Bogaerts and Devers while also improving their roster in other areas.

Acquire an outfielder (or two)
Boston’s outfield production in 2022 wasn’t pretty: 20th in OPS, 24th in wRC+ and 27th in fWAR. Jackie Bradley Jr.’s return didn’t go as planned (while Hunter Renfroe launched 29 home runs for the Milwaukee Brewers), Kiké Hernández was limited to 93 games due to injury and Alex Verdugo plateaued. Neither Franchy Cordero nor Jarren Duran stepped forward as a viable option, and Rob Refsnyder, though solid, played far more than the Red Sox probably anticipated when signing him to a minor-league deal last offseason. Tommy Pham arrived at the MLB trade deadline and was whatever.

We probably can pencil Hernández and Verdugo into center field and left field, respectively, which leaves the Red Sox with a hole in right field for the second straight winter. Boston could splurge for Aaron Judge, the offseason’s biggest prize (literally and figuratively), or spring for Brandon Nimmo, the second-best outfielder available in free agency. But it’s hard to imagine either scenario if the Red Sox take care of Bogaerts and/or Devers.

That opens the door for Boston to operate in the next tier, which includes Michael Conforto, Trey Mancini, Mitch Haniger, Michael Brantley, Joc Pederson and old friend Andrew Benintendi, among others. The Red Sox also could explore the outfield trade market, with Bryan Reynolds of the Pittsburgh Pirates being a potential target. All told, they need help on the grass.

Decide how to approach catcher, first base and designated hitter
The Red Sox don’t have needs in these areas, per se. They could roll with a Reese McGuire-Connor Wong catching tandem, lean on an Eric Hosmer-Triston Casas first-base duo and rotate a collection of players through the DH spot with J.D. Martinez hitting free agency. But none of that is etched in stone. Bloom might decide to shuffle the deck, for one reason or another.

Acquire a starter (or two, or three?)
Nathan Eovaldi, Michael Wacha and Rich Hill all became free agents, leaving the Red Sox with Chris Sale, Nick Pivetta and Brayan Bello as the projected starters in place for 2023. Garrett Whitlock could join the rotation, too. And James Paxton on Wednesday exercised his $4 million player option after not pitching in 2022.

That’s a bunch of uncertainty, albeit mixed with upside. It would behoove Boston to make a splash, and the free agent market features a few intriguing arms, including Jacob deGrom, Carlos Rodón and Justin Verlander.

Bolster bullpen
Red Sox fans clamoring for Edwin Díaz were dealt a blow over the weekend when the New York Mets reportedly agreed to a five-year, $102 million contract with their All-Star closer. But Díaz-to-Boston felt unlikely, anyway, and the Red Sox still need to add multiple relievers if they intend to enhance a bullpen that ranked 26th in ERA and 27th in fWAR this season.

John Schreiber was the lone stabilizing force in the 2022 ‘pen. Tanner Houck presumably will assume a meaningful role moving forward, as well. But beyond that, plus maybe Matt Barnes, the unit needs a facelift. The Red Sox must cast a wide net in their reliever search. 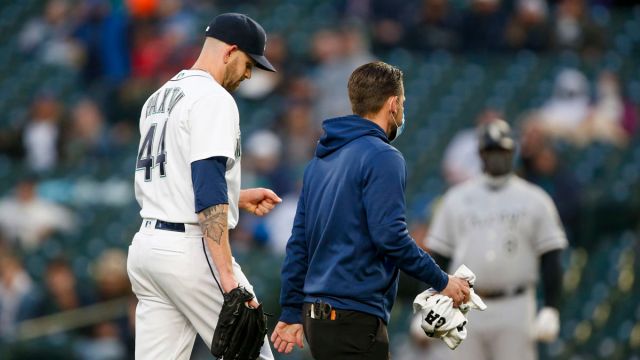 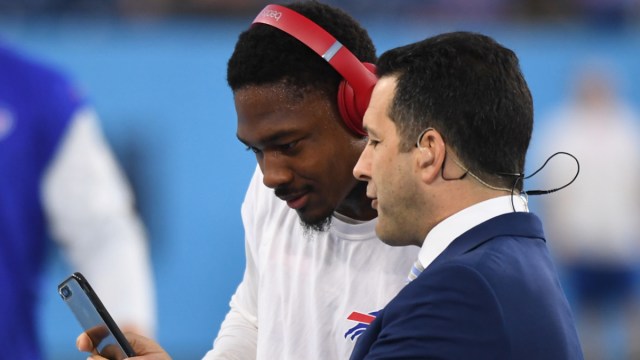