They’ve won three in a row, dominating on defense and getting big plays on special teams in all three. They’re 6-4 on the season, just a game out of first place in the AFC East with eight weeks remaining. Their next opponent, the Minnesota Vikings, got blasted 40-3 and won’t have their starting left tackle when they host the Patriots on Thanksgiving night.

But this current blueprint is not sustainable. If the Patriots hope to make and have any chance of advancing in the NFL playoffs, they desperately need to fix their flailing offense.

Sunday afternoon provided some reasons for optimism, sure. Mac Jones, most notably, played his best game in weeks, going 23-for-27 for 246 yards with no turnovers. The Patriots got big plays from Rhamondre Stevenson, Damien Harris, Hunter Henry, Jonnu Smith and Jakobi Meyers, and they finished with a respectable 297 yards of total offense, crossing midfield on nearly half of their possessions.

But once again, points were scarce for the Patriots, and negative plays were not. New England managed just a solitary field goal on offense, needing a stunning 84-yard punt-return touchdown by rookie Marcus Jones in the final seconds to escape with a 10-3 win over the New York Jets at Gillette Stadium.

During their current three-game win streak, the Patriots have scored as many touchdowns on defense and special teams (two) as they have on offense. On Sunday, they failed to score an offensive touchdown for the first time since Week 12 of the 2020 season (a 22-12 loss at Miami) and won while doing so for the first time since the famed Tedy Bruschi pick-six snow game way back in 2003.

Mac Jones initially struck an optimistic tone in his postgame news conference. “We moved the ball pretty well today,” the second-year QB said. “That’s a fact.” He also noted the Jets’ status as one of the NFL’s top defenses, and the brisk, windy conditions the teams were playing in that occasionally made passing and kicking the ball difficult.

Jones eventually acknowledged, however, that the Patriots’ dearth of offensive points has been “super disappointing.”

“We put too much work in to get that result,” he said.

Jones pointed to the “fringe” on the outskirts of the red zone as a particularly problematic area for New England. Four of the six sacks Jones absorbed in the game occurred in Jets territory, as did both of New England’s offensive holding penalties. The Patriots crossed midfield on five of their 11 possessions, but they reached the red zone just twice and were pushed back beyond the 20-yard line on one of those visits.

“Every time you’re moving the ball towards the goal line, it’s good,” Jones said. “When you’re going backwards for whatever reason, it’s not. We want to be able to create those explosive plays, like the Damien long run, for example, and then finish off those drives. We need to do that in the red zone. We need to do it in the open field. But it comes down to execution and watching the film and seeing what we can do better.”

How can the Patriots fix these ongoing issues? Jones pointed to a few potential solutions. For one, he said he “definitely” wants to “expand” the Patriots’ play-action usage, which has ranked near the bottom of the NFL all season despite yielding generally positive results.

“(It’s) something we’ve done really well here in the past, and just try to do that and match it up with everything we’re doing,” he said.

Jones also seemed to indicate he’d like to get high-priced tight ends Jonnu Smith and Hunter Henry more involved. He was 5-for-5 for 60 yards when targeting Smith and Henry on Sunday, including one third-down completion that might have resulted in a touchdown had Smith not fumbled in the open field.

The Patriots also began featuring the two tight ends as backfield options more frequently, even occasionally lining both up behind Jones as part of a three-back “full house” alignment.

“Jonnu is a great player,” Jones said. “He’s a great teammate, does what he’s supposed to do on every play. Him and Hunter do a great job. I’m really happy to have those guys. I want to be able to give them the ball as much as possible. I like throwing to those guys, so any way we can. Jonnu has got unique speed for a tight end and also unique strength for run-blocking and things like that. I definitely want to use those guys as best we can, and he did a good job.”

But no offensive repairs will be effective if the Patriots can’t fix their O-line, and doing so will be even more difficult following Sunday’s developments. New England allowed another six sacks against New York, upping its total to 16 over the last three games, and lost both starting center David Andrews and tackle Isaiah Wynn to foot and thigh injuries, respectively. Postgame reports indicated both players likely will miss time, with Andrews’ injury potentially ending his season.

“Obviously, you’re going to have to shuffle some guys around,” said Jones, whose team will get just three days of rest before its primetime matchup in Minnesota. “We had some injuries again. But that’s football. Those guys are fighting every play, so that’s all you can ask for is their attitude and their effort. I’m pleased with that group, and we just want to score more points and get through that fringe area, and the story might be a little bit different.”

The Patriots need their offensive story to change. Because the current one won’t cut it against the gauntlet of high-scoring opponents they’ll see during their final playoff push. 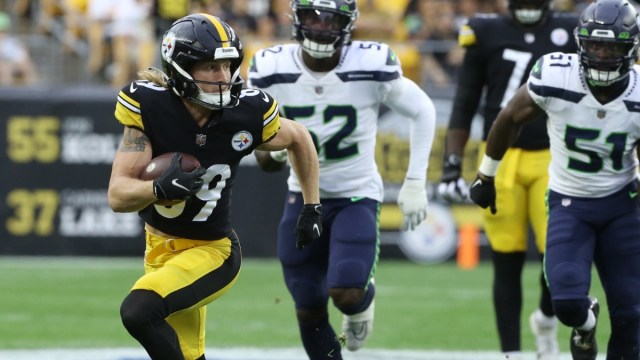 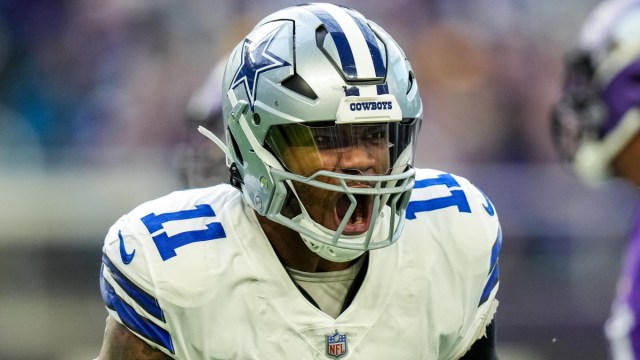