What a weekend we have on tap.

If you play daily fantasy sports, you have a jam-packed few days coming your way, highlighted by the 2020 Masters at Augusta National Golf Club, which is taking place in November for the first time ever due to the COVID-19 pandemic.

That, of course, means we’ll be able to watch golf’s best tournament alongside the NFL, leading to endless opportunities to cash in on DFS.

In this spot, though, we’re talking solely about golf, as we’ll try to handicap the field and give you some players to pinpoint in your DFS lineups this weekend.

We’ve done our best to break down a chunk of the field by tiers in which you’re most likely to see overlap between the top DFS sites out there. Obviously, without prices, we’re not building lineups, but we can at least help guide you.

AUGUSTA NATIONAL GOLF CLUB
Par: 72
Yardage: 7,475
Defending champion: Tiger Woods
What the winner typically does well: The players who traditionally perform best at the Masters are the ones who hit it long. More specifically, you’re looking for players who hit it long and high, perhaps with the most carry. There hasn’t been a first-time participant winner since 1979, which is to say it certainly helps to have played the course before. That’s not to say, however, you can’t play well as a Masters debutant. It’s worth noting the Masters — in an apparent attempt to make sure the final two rounds are played before sunset — changed its cut criteria, eliminating the 10-shot rule. It’s now just top 50 and ties, putting a greater emphasis on finding players for your lineups who can get through to the weekend.

— If you want to pay up for someone like DeChambeau, go right ahead. He’s the betting favorite and has all the aforementioned qualities to win the Masters. Because his pricing is so high, there might actually be some ownership trends in your favor. If you’re making multiple lineups, he should appear somewhere. … The statistical models love Rahm, who not only hits it high and long but also hits it pretty straight. He also has displayed good form at Augusta, with a pair of top-10 finishes in his three trips. … Johnson hasn’t played a ton in recent weeks, but when he has, he’s been incredible, winning the FedEx Cup and then finishing second in Houston last week. He has four straight top-10 finishes here. … Koepka might have some ownership value. His knee/hip injuries are a concern, but when right, he tears up the majors (four wins), including finishing no worse than fourth (!) at the 2019 majors.

— It will be very, very hard to leave off a player like Hatton or Simpson this week because they are just so, so solid. It feels like they’ve contended in every tournament they’ve played this season, but do they have the length to contend here? It’s certainly possible — Simpson finished fifth last year — but the price probably is too high to burn at the top of your lineup for players who don’t really “fit.” … By Thursday morning, the whole world might be on Watson, so hopefully you got in your bets early. From a DFS perspective, however, he’s quite affordable and feels like a perfect play. He obviously fits the profile (he has two Masters wins, after all), and he’s also playing well with two top-10 finishes in his last two starts and is in the top 10 for all the important strokes gained stats since the 2021 season started. … We’re also going to give Wolff a look. It is his first time, but that didn’t stop him from finishing fourth and second in his first two career majors (this year’s PGA Championship and U.S. Open). He’s a big-game player. 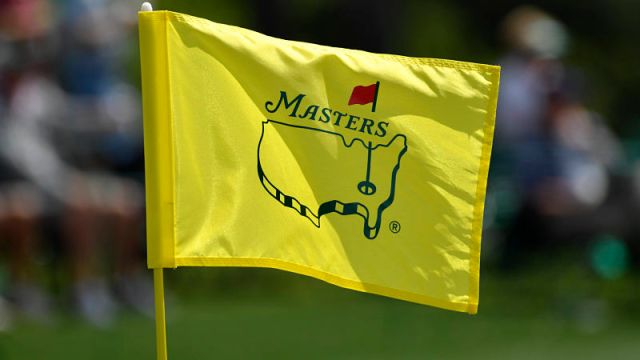 — You probably don’t want to play Spieth or Fowler, but if you’re filling out your lineup and either kind of fits perfectly, we wouldn’t blame you for pulling the trigger. They’re both in pretty crummy form entering this week, but they know their way around Augusta. Spieth had a four-year run where he finished no worse than 11th (including a win) before last year’s 21st-place finish, while Fowler has finished no worse than 12th since 2012 save for a random missed cut in 2016. … Scheffler is one big week away from solidifying himself as a superstar. He finished fourth at the PGA, fourth at the Northern Trust, 20th at the BWM and fifth at the Tour Championship before a positive COVID-19 test kept him out of the U.S. Open. There’s some value here, too. … Prior to last year’s missed cut, Casey finished 15th, sixth, fourth and sixth at his previous four Masters.

— Woodland obviously has name value and past majors success, but be careful with him: the 2019 U.S. Open champion has been dealing with a hip injury and finished no better than 58th at the other two majors this year. … We wouldn’t be surprised if Kokrak has high ownership this week. He won the CJ Cup a few weeks ago and finished in the top 20 at the Zozo Championship, so he comes in playing well, and he also fits the models and type as a bomber who finished seventh in driving distance and 14th in drive carry. … You could do worse than plugging in Westwood, who finished 11th or better seven times between 2007 and 2017 but hasn’t played since then.

EVERYONE ELSE
We aren’t going to list the rest of the field, but with such a star-studded field, it’s possible your lineup is pretty top-heavy. So, here are a few cheaper-priced options to fill out your squad:

Lanto Griffin: Quietly had a very nice 2020 season, finishing 18th in the FedEx Cup standings and making the cut in both majors with a top-20 finish at the PGA Tournament.

Sebastian Munoz: Certainly playing well, finishing ninth at the CJ Cup and 14th at the Zozo and has seven top-30 finishes in eight tournaments since mid-August.

Corey Conners: He’s middle of the road with the driver, but he does hit it high, and he’s one of the better iron players on Tour. Has struggled at majors, though.

Bernd Wiesberger: A cut machine, who’s played the weekend at all four of his Masters starts and made the cut at both majors this year. Could be an important filler with the new cut rule.

Bernhard Langer: You probably shouldn’t play ol’ Bernhard, but if you find yourself with pocket change remaining and a spot left to fill, why not roll the dice on a man with two Masters wins making his 37th appearance at Augusta?

SAMPLE LINEUPS
Below, we have two different lineups based on completely arbitrary pricing (wink, wink) for you to ponder: