Week 7 suggested the New England Patriots offense is starting to find its groove.

But it’s important to remember that dominant showing came against the lowly New York Jets. New England won’t have it as easy Sunday when it visits the 4-2 Los Angeles Chargers, who are coming off a bye.

A pair of Patriots are featured in our latest fantasy football starts and sits column. Here are all of the recommendations for Week 8.

STARTS
Teddy Bridgewater, QB, Denver Broncos
Bridgewater was pretty meh last Thursday night on the road against the Cleveland Browns, but he has an opportunity to really pop off Sunday when the Broncos host the Washington Football Team. WFT currently is allowing the most fantasy points per game to quarterbacks and allowed opposing QB to throw for multiple scores in each of its last three games. Bridgewater has the weapons to stuff the stat sheet, and he should take advantage in Week 8.

Damien Harris, RB, New England Patriots
Don’t look now, but Harris is becoming a legitimately valuable fantasy running back. He found the end zone in each of New England’s last three games and rushed for over 100 yards in each of the last two. The third-year back should be able to keep it rolling against a Chargers defense that’s allowing the third-most fantasy points per game to RBs. Only the Jets have allowed more scores on the ground than the Bolts this season.

Michael Pittman Jr., WR, Indianapolis Colts
Pittman has established himself as the Colts’ clear No. 1 wide receiver. The second-year wideout scored in two of Indy’s last three games and he’s averaging over seven targets per contest. Pittman has plenty of big-play ability, and we could see it showcased Sunday against a Tennessee Titans team that’s allowing the most fantasy points per game to wideouts.

SITS
Mac Jones, QB, New England Patriots
Jones’ fantasy stock is rising. He threw for two touchdowns in three of the Patriots’ last four games and eclipsed the 300-passing yard threshold for the first time in his NFL career last Sunday. But the Chargers are fairly strong against the pass, as evidenced by their average of 15.3 fantasy points allowed to QBs per game. LA also will be fresh, coming off a Week 7 bye, and hungry to avenge its embarrassing Week 6 loss to the Baltimore Ravens.

Aaron Jones, RB, Green Bay Packers
One might think Jones is a smart fantasy play this week considering Aaron Rodgers will be without his top two wide receivers, Davante Adams and Allen Lazard, on Thursday night. But the Cardinals only have allowed three rushing touchdowns on the season to date, and they’ve yet to see an opposing back catch a TD. With Jones clearly the Packers’ best offensive weapon this week outside of Rodgers, Arizona can feel comfortable really honing in on the dual-threat back and forcing Green Bay to try and beat it with other options.

Robert Woods, WR, Los Angeles Rams
Recommending a sit for a high-end offensive player going up against the dreadful Texans won’t be sage advice most of the time. But Woods hasn’t really been his usual self thus far this season, as he caught four passes or fewer in four of the Rams’ seven games. He’s also only gone for over 70 yards twice entering Week 8. Furthermore, Houston is one of 10 teams to allow five receiving TDs or fewer to wideouts on the season. 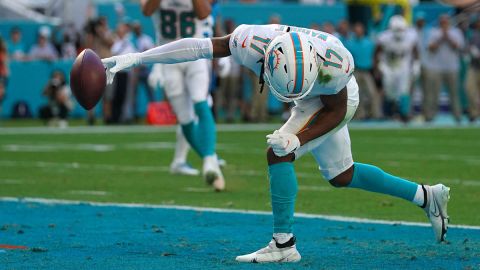 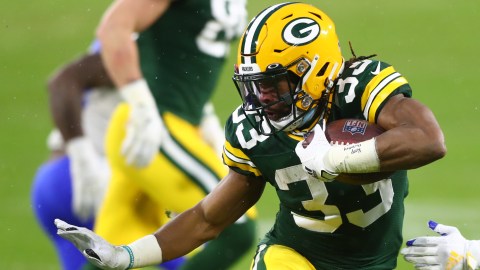