Rio de Janiero was selected as the host city for the 2016 Summer Olympics. That can only mean one thing: It’s going to be a party.

Combine the spirit of extravagance that makes up Brazil’s Carnival celebrations with the fact that it will be the first South American country to host the games, and the 2016 Summer Olympics are guaranteed to be a good time.

It does raise one question, however: Which is more important to Brazilians — the Olympics or World Cup?

I’ve been in Brazil for over a year now, and have a firsthand look at how soccer isn’t just a game down here. It’s a way of life.

In Belo Horizonte, where I am, there are two large stadiums, where local Brazilian teams play each other frequently. While I haven’t been to a match yet, driving by the stadiums on game day can be a hazard, to put it lightly. The streets are filled with fans of opposing teams, and everyone — and I mean everyone — wears his team colors. The rivalries are passionate enough to warrant having fans tailgate on opposite sides of the stadium — if they didn’t, riots almost certainly would ensue.

I was lucky enough to be visiting Brazil in 2006 during the FIFA World Cup. Getting to see Brazilians’ involvement with the World Cup in person is a truly unique experience. On days when Brazil has a game in the World Cup, businesses shut down. It’s basically a national holiday. The only establishments that stay open are bars and restaurants, where everyone congregates and the crowds spill out into the streets. Smart restaurant managers have patio furniture in the street to compensate for the overflow of customers. The love of soccer (or “football”) in Brazil is unreal. I’ve tried going to the local basketball court plenty of times over the last year, and I’ve been able to play once. One time. Every other time, I’ve found the court with two plastic soccer goals at either end under the hoops, and the court filled with kids playing soccer.

The love of this game is going to be tough to match.

While the Brazilians’ passion for soccer and the World Cup is an ongoing affair, the 2016 Summer Olympics will be a one-shot deal, and the first of its kind for Brazil. Sort of like a solitary Carnival on steroids. In fact, it’s only been about 30 minutes since the announcement, and the beaches of Rio are already packed with people celebrating.

The way they party down here, the hangover may just last until 2016. 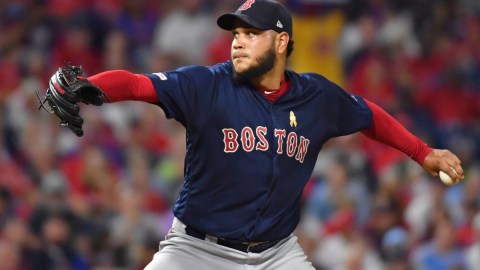