Gather set the national record for a girl's field goal in high school last week, as she booted a 43-yarder for the Firestone Falcons, her fourth kick of the season. She hasn't missed yet.

Gather, who is also a college soccer prospect, has been a football fan since she was a kid, and was excited for the opportunity to be the kicker, and her male teammates have been glad to have her in that role.

"Since the first day I walked in, (teammates) have been great to me,? she said, according to MaxPreps. ?They treat me just like a little sister.?

She has even kicked some 50-yarders in practice, and is generating recruiting interest from Harvard — particularly given her 3.8 GPA.

Her dream, unsurprisingly, is to score a touchdown on a fake field goal.

See the news video about Gather from Cleveland's WKYC below.

Rex Ryan Should Focus on Being a Jets Coach, Not a Giants Fan 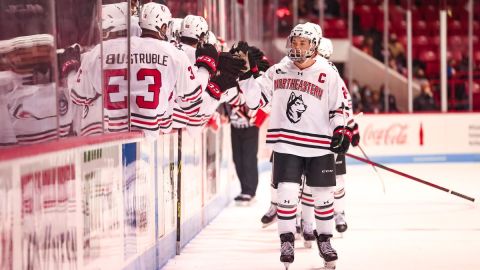