The Kenny Dalglish experiment at Anfield hasn't produced anything in the way of wins yet, but "King Kenny" is making his mark on not only the LFC fanbase, but his players as well. One of his biggest supporters just happens to be captain Steven Gerrard.

Gerrard has been impressed by what he's seen in Dalglish's short time at the helm after replacing Roy Hodgoson, and the midfielder would love to see Dalglish as Liverpool boss for a long time.

"I want to do everything in my power to ensure that he stays here for a long time, beyond the initial six months," Gerrard told Liverpool Weekly. "I'd love nothing better when the end of the season comes than for us to be on the back of a good run of results that ensures he gets the job full time.

"That's my short-term plan, to give everything I've got and all my energy to try to make that happen."

Gerrard wasn't alone in his ringing endorsement for the new boss. Dirk Kuyt also showered Dalgish with praise, claiming not only that Dalglish is an improvement, but also saying that it's an honor to play under the Liverpool legend.

"I think Dalglish is probably one of the most important former players and managers for Liverpoo;," Kuyt said according to ESPNSoccernet.com. "You only have to listen to the crowd how important he is, and that is the same for the players." 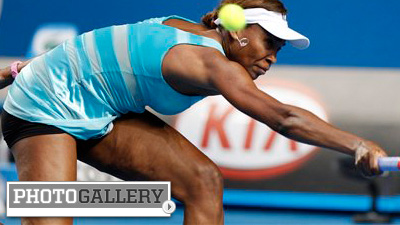