The sport of soccer has a tremendous following worldwide, but in America, it will always struggle to win over the general population. Some sports fans dislike the low scores, but many, many more simply can’t stomach the sight of grown men writhing in pain on the ground, looking as if their very lives are in danger, only to see them pop up and sprint down the field seconds later.

The players’ intentions, of course, are to convince the official to penalize the opponent, and it’s often successful. On Tuesday night, though, that same mentality took center stage at a playoff hockey game, and it’s a crying shame.

The play in question came early in the second period of Game 6 between the Bruins and Canadiens in Montreal. To that point, the referees — Kevin Pollock and Chris Lee — were already having a pretty bad night at the office. They needlessly blew a whistle to steal a goal from Montreal early, made a very questionable hooking call on Andrei Kostitsyn in the first and fell hook, line and sinker for a dive by goalie Carey Price. The German judges gave it an 8.9; the refs gave Patrice Bergeron a penalty.

While there’s been a good amount of outrage from Boston fans who think the NHL did what it could to guarantee a Game 7 on Wednesday night, the more-likely explanation is simply ineptitude on the part of the referees.

That was never more clear than at 4:37 of the second period. Jaroslav Spacek held the puck at center ice along the boards. He looked down to make sure he had the puck. Then, he looked up to scan the ice. He probably didn’t like what he saw, as Milan Lucic was barreling toward him at full speed. Perhaps it was a reaction, or perhaps it was intentional in an effort to draw a penalty, but Spacek then turned his back to Lucic, thereby ensuring that any contact made would be from behind. Here’s another look at the sequence. The contact was inarguably made from behind, but it most certainly was not Lucic’s fault. Because Spacek turned his body away from Lucic so late, it would have been physically impossible for Lucic to avoid body contact.

Yet, Lucic was not called for hitting from behind. He was called for boarding, despite the fact that Spacek’s skate was actually touching the boards at the time of initial contact.

You could argue that the people of Boston are not going to like the call, and you could argue that Spacek was bleeding, thereby justifying the five-minute major penalty and game misconduct that was called on Lucic. But you can’t argue with the rulebook, which states in rather plain language:

“There is an enormous amount of judgment involved in the application of this rule by the referees. The onus is on the player applying the check to ensure his opponent is not in a vulnerable position and if so, he must avoid the contact. However, there is also a responsibility on the player with the puck to avoid placing himself in a dangerous and vulnerable position. This balance must be considered by the referees when applying this rule.”

In black and white, in the letter of the law, the refs screwed up. Badly. And while Lucic hasn’t been tearing it up in the playoffs (one point thus far), he was the Bruins’ leading goal scorer this season. If it had been Brian Gionta getting sent to the dressing room 24 minutes into the game, there might just have been a government investigation launched. As it was, though, the B’s were without their 30-goal scorer and were forced to mix and match their top line for more than half of the game.

What made matters worse was Spacek’s homage to soccer injuries. He lay motionless on the ice for a full minute, eventually getting helped to his feet by the Montreal trainer, who looked to be holding Spacek’s head together with his bare hands. Though Spacek’s injury appeared to be very, very serious, he returned shortly thereafter, and he finished the night with 16:31 of ice time. His average time on ice during the season was 19:15. So, for two minutes and 44 seconds of ice time for Spacek — a guy with one goal, 15 assists and a plus-9 rating this season — the Bruins lost 35:23 of ice time for Lucic — who had 30 goals, 32 assists and a plus-28 rating.

Put it all together, and you have, essentially, soccer. Guy draws contact, guy fakes serious injury, guy gets opponent booted from the game, guy makes miraculous recovery in a matter of minutes, guy plays for the rest of the game. That’s not what any hockey fan ever wants to see, but that’s what they got on Tuesday night at the Bell Centre.

Add in the fact that even the NBA — the NBA! — does a better job with this, and it’s even harder to stomach. In the NBA, when a player is issued a flagrant-2 foul, he is issued an automatic ejection. Before he gets sent off the court, though, the officials watch replay to make sure they’re making the correct call. Most of the time, they stick with the call, but every now and again, the fould gets downgraded and the player stays in the game. When a league that stops play because a superstar got lightly touched on his shoulder on his way to a dunk has a better system of dealing with physical contact than that of the National Hockey League, you have got yourself a problem, Gary Bettman.

In this instance, we’ll never know if the decision would have completely changed the game one way or another, but we know for a fact that the bad call significantly altered the most important game of the season for both teams. That’s something that’s simply never easy to accept. 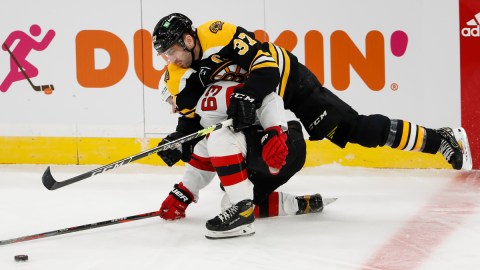 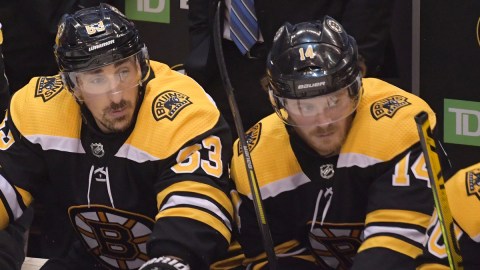 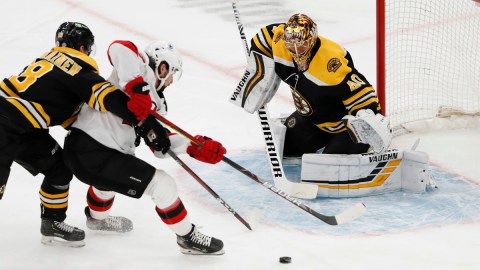