BOSTON — There weren't many bright spots for the Bruins in Saturday's 4-2 loss to the Sharks, but the chemistry that continues to develop in one of the club's newly reconfigured lines provided a bit of a silver lining amid the clouds of Boston's 3-5-0 start.

But the results beg to differ. That combination has accounted for five of the Bruins' eight goals in the two games they've been together, combining for 5-8-13 totals and a plus-11 rating.

"They've been good," Bruins coach Claude Julien said. "Milan has played two of his best games here in the last two, and Tyler, when you give him an opportunity, he makes things happen. He's playing very well for us also. And Chris Kelly, who's probably the underrated guy on that line, has been tremendous with those two guys. I'm happy with that line. They've given us exactly what we were hoping for."

They gave the Bruins the only offense they got on Saturday, scoring twice in a 29-second span to erase a 2-0 deficit in the third period and give Boston a chance before San Jose countered late to pull out the victory.

Lucic got Boston on the board when he banged home a loose puck at the top of the crease after Kelly poked it free at the side of the net. Later on the same shift, Seguin and Lucic worked a give-and-go perfectly after forcing a turnover at the San Jose blue line. This time Lucic passed up the shot from the left wing and fed it over to Seguin for a wide-open net at the right post.

"They both work really hard," Kelly said of his new linemates. "They skate well. They did a great job getting in on the forecheck and right now things are clicking. We're finding one another and we're getting better and better, especially in the D zone just interchanging at the right time and I think that's a good thing."

Prior to shuffling the lines in practice on Wednesday, Seguin was the only one of the three players producing offensively. He had 1-4-5 totals and was a plus-3 through the first six games to lead the team, but even he has elevated his game alongside Kelly and Lucic with 2-2-4 totals and a plus-4 in the last two games.

"With Looch, he makes it so much easier for you out there," Seguin said. "He's such a big body and he goes in the corners and wins battles. And for a guy like that size to have as much skill as he does, it's hard to find it out there. He does a great job. And Kells is probably one of the best positional forwards I've played with, so our line seems to be clicking and hopefully it stays that way."

Entering the season, Lucic was coming off a career year with a team-leading 30 goals and 62 points last season. But he was showing few signs of being a 30-goal scorer with no goals and just one assist through six games. He's had more of a jump in his step since joining Seguin, first for two games replacing injured David Krejci between Lucic and Nathan Horton and then in the last two games with Seguin at right wing and Kelly in the middle. In those latter two games, Lucic has 2-3-5 totals and is a plus-3 while being pushed to keep up with the speedy Seguin.

"The biggest thing is we're just going out there and playing," Lucic said. "For myself personally I feel better getting on pucks and pursuing pucks where the first five-six games I felt like I was a second late, a step late. It's no secret that Segs has got some pretty good speed, and just having to keep up with him has pushed me harder to get my feet moving. It's great that we've been able to create that chemistry the three of us."

Kelly may be the biggest revelation. Lucic has last year's breakthrough campaign on his resume and there was never any doubting the ample skills that Seguin possesses. It was just a matter of how long it would take the 2010 second overall pick to harness that talent at the NHL level.

But despite some clutch scoring in last year's Cup run, particularly in the opening series against Montreal, Kelly has always been seen as a defense-first forward valued more for his leadership skills and penalty-killing ability. With just one goal and no assists through six games, there wasn't much hint that would change with the new line combinations.

But Kelly has been just as much a factor in the line's offensive outburst as Lucic and Seguin, chipping in a goal and three assists with a plus-4 rating in their two games together.

"I think Kelly because everybody talks about his hockey smarts and how good he is on the PK and the defensive zone, his [offensive] skills get overlooked," Lucic said. "I think we saw the last two games and even in that Chicago game when he got that goal that he can bring an offensive upside to this team. He's definitely been a real good fit for myself and Segs to play with."

It may not be a permanent fit. Kelly still projects to play more of a bottom-six role for the bulk of the season, especially on a club that already has Patrice Bergeron and Krejci, not to mention Seguin at some point in the future, in the middle. But as a temporary move to help jump-start a few key parts of Boston's attack, Kelly has once again proven just how valuable and versatile he can be.

And along with Lucic and Seguin, he's helped give a little reason for optimism amid the club's sluggish start to the season. 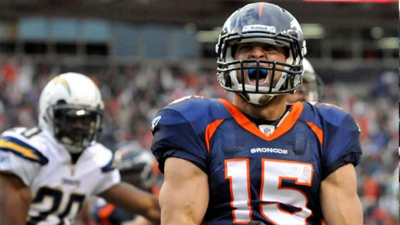