Egyptian soccer fans are itching for the sport to return to their country, but it looks like it will be some time before that happens.

On one hand, the new government is refusing to lift the ban on “soccer activities.” On the other hand, fans are being attacked on the streets of Cairo, and divisions between players, clubs, fans and authorities are widening.

Many of the problems stem from the Feb. 2 stadium disaster that claimed the life of 74 fans. Fans of Egypt’s biggest club, Al-Ahly, were attacked by armed men who were purportedly fans of rival club Al-Masry.

Security stood by and watched the tragedy unfold, while the stadium lights were turned off and exit gates were locked. Many believe the attack was part of a conspiracy, and are seeking justice and answers. Despite the fact that 75 people are facing charges for their roles in the attack, Al-Ahly ultras are demanding a full accounting of what happened that day.

On Thursday, over 2,000 of them marched in Cairo ahead of a press conference at the Egyptian Journalists Syndicate’s headquarters. They were scheduled to hold a press conference during which they would reveal “secrets” of the stadium tragedy, but the Al-Ahly fans were attacked, to Ahram Online reports.

“Some people, out of nowhere, attacked the Ultras with bottles and stones,” a security guard said. “We also heard shotgun discharges.

“The subsequent clashes lasted for around 30 minutes resulting in some minor injuries. The Ultras then returned to Ahly club headquarters.”

The attacks will heighten tensions between the club and its most ardent fans. On Thursday, 20 of them forced Al-Ahly to cancel practice by breaking into the stadium during the session. One group, Ultras Ahlawy UA07, issued a statement condemning the club and its players for forgetting about the victims of the attack.

“A group of 20 members of Ultras Ahlawy barged into the Mokhtar El-Tetsh stadium to demand the martyrs? rights,” Ultras Ahlawy UA07 said on its Facebook page. “the players did nothing but shed crocodile tears. Not one of them expressed real sympathy for the martyrs except Mohamed Abou-Treika. The players didn’t even wear mourning armbands; instead, they partied and danced happily on many occasions without any sign of solidarity with their dead fans.”

“And that was why We came, with some members of the martyrs’ families to training today -? to deliver a message to the club’s board that gives up on our rights. We will never forget the martyrs and if mass demonstration could work, that is the easiest thing for us to do.”

In response, the Al Ahly board of directors called a meeting with the victims’ families for Sunday, but many declined the invitation because they believe the club is not doing enough to pressure the government into punishing those they believe are behind the deadly stadium tragedy.

The ongoing standoff leaves Egyptian soccer in danger of falling further behind the rest of the world. Professional clubs haven’t played since February. Al-Ahly and Cairo rivals Zamalek are scheduled to meet in the second round of the African Champions League on July 22. It’s impossible for players to reach peak fitness and sharpness without playing regular competitive games.

The months-long interruption has affected the national team too. Head coach Bob Bradley is hoping to revive Egypt’s fortunes on the international level, but too many of his players are stuck in limbo. The Pharoes already failed to qualify for the 2013 Africa Cup of Nations. Efforts to qualify for the 2014 FIFA World Cup could be derailed as well.

Stadiums remain empty, as protagonists search for solutions. Soccer remains an unfortunate victim of the overall instability of post-revolution Egypt. The onus is on newly elected president Mohammed Morsi and Egypt’s military rulers to get the game moving forward, and they can do so by answering calls for justice. If they do not, protests will continue and more time will pass before any games are won, lost or drawn. 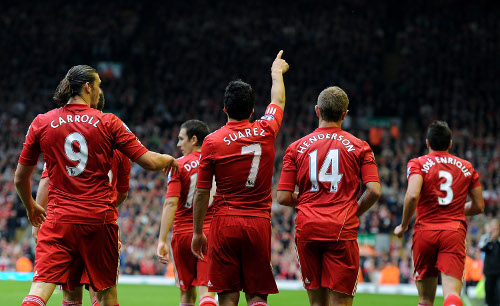