While the Dream Team of 1992 has been getting most of the fanfare heading into this year's Summer Olympics, the U.S. Men's Basketball team of 1996 was also pretty good.

With plenty of talent, players were quick to share the ball and set each other up. But that wasn't just good old unselfishness — Hill says the team had ulterior motives.

The leading scorer from each game would be taken aside afterward for drug tests, Hill said. So, with the game well in hand, players would do all they could to avoid being the one with the most points.

"You'd be there for two hours after the game" to do the testing process, Hill said on the Dan Patrick Show. "And so nobody wanted to be there and have to go through that whole process. So, if you watch those games and you watch the highlights at the end of the games, everyone is being super unselfish passing the ball, because no one wants to shoot."

That's one way to get players to share the ball. 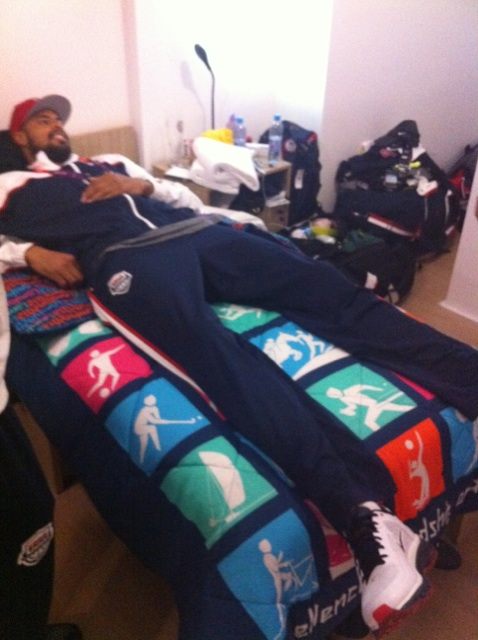 Boston Celtics Schedule Opens With Bang Against Miami Heat, Then Takes a While to Get to Other Rivals