Celtics Bench Steps Up Against Jazz, Just How Doc Rivers Envisioned Prior to Season - NESN.com Skip to content BOSTON — This was what the Celtics had in mind all along.

When Doc Rivers basically salivated in the preseason while talking about the many lineup options at his disposal, the Celtics coach probably imagined something like Wednesday’s game against the Utah Jazz. Leandro Barbosa and Jeff Green each scored 16 points, stars Paul Pierce and Kevin Garnett enjoyed needed rest on the first leg of two games in two nights, and the entire bench maintained a workable margin in an eventual 98-93 win for the Celtics.

“We needed that,” said Chris Wilcox, who had seven points and two thunderous alley-oop dunks from Rajon Rondo. “That shows how deep we are. Guys can step up and play their role and we found out a way we can win down the stretch. When things got tight in the last couple games, we’ve been pulling through, so that’s where we’re at. Like I said, we’ve got a lot of guys who can step in and fill shoes, so we need that night in and night out.”

Wilcox was part of a bench that outscored its counterparts on the Jazz 47-25. In addition to Barbosa and Green’s contributions in the box score, Green’s tomahawk dunk over Utah center Al Jefferson provided the night’s top highlight. Courtney Lee chipped in six points and numerous intangible plays and Jared Sullinger came through with a clutch jump shot, his only basket of the game, to stretch a two-point lead to four points for the Celtics in the fourth quarter.

Even better for the Celtics, most of that came with Rondo watching the fourth quarter from the bench with a rolled right ankle. The bench production allowed Pierce to stay fresh for the third quarter, when he played 11:33 of the possible 12 minutes and scored 15 of the Celtics’ 29 points in the period.

While Pierce erupted offensively, Garnett spent most of the third quarter on the sideline to preserve his strength for the fourth quarter, when he played all 12 minutes and compiled seven points, six rebounds and three assists. Without the bench’s input, that conservative approach probably would not have been possible.

“They take pressure off of us because they play extended minutes when they’re playing well,” Pierce said. “You look up, I played less than 30 minutes. I can’t remember the last time that’s happened. Kevin’s under 30 minutes. When they’re playing well, it really takes a lot of pressure off of us, knowing we don’t have to play heavy minutes and get tired in the late stages of the game.”

Rivers has lamented his team’s failure to put together a complete 48 minutes in any game, but on Wednesday they came as close as they have this season. They had none of their customary stinker quarters, scoring at least 20 points and never letting the Jazz score more than 25 points in any frame, and their 29-point third quarter turned out to be crucial. If that seems like small progress, that is all Rivers has demanded so far. After all, and no coach can reasonably expect his team to improve by leaps and bounds eight games into the season.

The Celtics’ bench might go right back to surrendering leads and struggling with its timing Thursday in Brooklyn. If so, it would probably be even more exasperating for the Celtics than it was before, because now the reserves know they can do the things they thought they were capable of. Against the Jazz, they were who they thought they were. The next step is to see if they can stay that way.

Rajon Rondo’s Ankle Injury Leaves Celtics to Briefly Ponder Life Without Him, Which Works Out for One Night 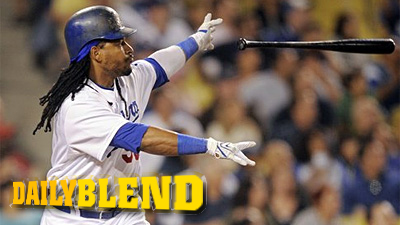