When the Buccaneers picked former Rutgers head coach Greg Schiano to lead their team, they pulled some valuable college scouting with them as well.

The rookie class that general manager Mark Dominik, director of player personnel Dennis Hickey and Schiano put together has — so far — been among the best in the NFL. The Bucs came away with three starters with their first three picks: safety Mark Barron, running back Doug Martin and linebacker Lavonte David. They also signed an impressive (and valuable) undrafted rookie cornerback, Leonard Johnson, after the draft. Those four players have been some of the best players on the resurgent 2012 Tampa Bay team.

Martin is the main headline-grabber, especially after his insane 29-touch, 272-yard, four-touchdown performance in Week 9 against the Raiders. That impressive performance was not just a mirage, either. The man they call “Muscle Hamster” has seven games with more than 100 total yards — including six straight — and he has already rushed for 1,000 yards on the season. Martin had a very successful career at Boise State and was looked at by some as a Ray Rice clone coming out of college. So far, that high praise has been true.

Martin has been exponentially better than last year’s starter, LeGarrette Blount, who was one of the more overrated players in the league due to some one-off impressive runs. Martin can contribute in so many different ways in the Tampa Bay offense and was one of the few “every-down backs” in the 2012 draft that teams covet so much.

Barron has been exactly what most scouts expected coming out of Alabama. He’s a big, aggressive safety who has been the starting strong safety on the Buccaneers since Day 1 of the 2012 season. Barron has been phenomenal against the run but has seen some troubles defending the pass, especially when he’s asked to cover the deeper half of the field. Still, he’s been a rock in the Bucs secondary that has seen some personnel turnover, and he’s leading the defense in total snaps this season. He’s missed just four plays all year.

David was another favorite among draft analysts, and it’s easy to see why. The second-round linebacker has been a stud in all facets of the game. The Nebraska product was viewed as undersized at just 6-foot-1, 233 pounds, but that’s perfect for an NFL weak-side linebacker. David has been great in coverage and even better covering ground in the run game. David leads the Bucs in tackles and has been a three-down linebacker for Schiano and Co.

Johnson may be the most impressive find. The biggest knock on the nickel cornerback coming out of Iowa State was his lack of speed, especially after running a 4.71 40-yard dash at the combine. Johnson was an impressive player in college, but some wondered if his physical play would translate to the NFL. He’s a great fit in Tampa Bay’s zone schemes, and he was one of the biggest reasons the Bucs were able to trade away Aqib Talib and not miss a step. Johnson earned some high praise in the Big 12 — first-round wide receiver Justin Blackmon said he was the toughest player he went up against.

Of course, one solid draft class can’t be the difference between a 4-12 squad one year and a 6-4 team gunning for the playoffs the next. Josh Freeman has regained his 2010 form, free agent wide receiver Vincent Jackson is boosting the offense, and the addition of the hard-nosed Schiano is helping to toughen up the Bucs. Last season, the inmates were running the asylum with players’ coach Raheem Morris. This team needed someone like Schiano to tighten things up within the organization.

Now, with an influx of young talent, the Buccaneers are just on the outside looking in on the playoff picture, and they’ll need some statement wins over Atlanta, Denver and New Orleans to get in. 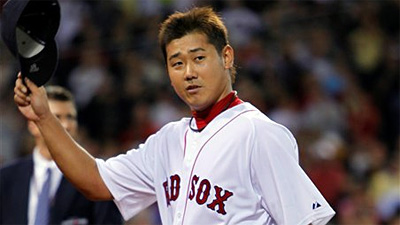 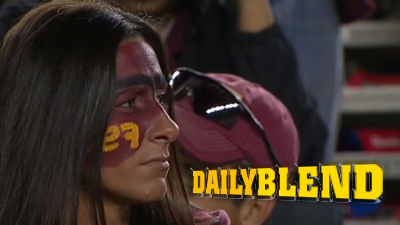