Even Fireman Ed couldn’t take any more of the Jets’ woes on Thursday night.

Ed Anzalone, the man made famous by his crazy fan antics at the Meadowlands, apparently left Thursday’s blowout loss to the Patriots at halftime.

According to ESPN.com, Twitter users brought Fireman Ed’s departure to light, and while it’s tough to dispute the man’s longstanding fandom, don’t expect him to start defending himself on social media anytime soon. He also deleted his Twitter account amidst the Patriots’ dismantling.

Kris Jenkins, a current NFL analyst who played three seasons in New York before retiring a couple of years ago, didn’t want Fireman Ed’s exit to go unnoticed. He immediately questioned the guy’s support, speculating that the Dolphins’ fanbase may have just increased by one.

In all seriousness, Fireman Ed will likely be back for the Jets’ next home game, but if he did decide to jump ship completely, could you blame him? Not only are the Jets now 4-7, but they got their doors blown off by New England on Thursday in what can only be described as a rout.

Fireman Ed deleted his account? Wow thought he was a diehard fan? Guess he went back to the Dolphins. Mark will be the starting quarterback this week and we’ll go from there.
–Rex Ryan, still going down with the sinking ship

There definitely has to be some regret.

Why would fireman Ed be rocking a Sanchez authentic from this year?? That is a Nike. After watching this mess for 4 years, u go get one?! 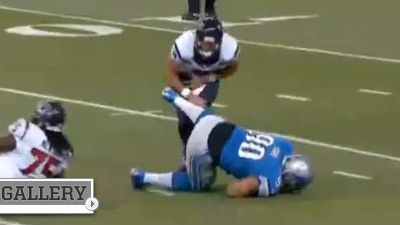