Chip Kelly Would Be Quality Fit as Patriots Head Coach If Bill Belichick Ever Decides to Move on - NESN.com Skip to content Editor’s note: The Oregonian mentioned that Chip Kelly may be holding out to move on to the NFL until he can have his dream job — that of head coach of the New England Patriots. NFL writer Luke Hughes and assistant editor Doug Kyed debate whether Kelly would make a good successor for Bill Belichick.

Black Monday came and went last week, and seven NFL teams were suddenly in the market for a new head coach. With guys like Andy Reid and Lovie Smith, who both led teams to Super Bowl appearances, back on the market, there were some quality candidates available for teams to pursue. Yet, the hottest name of all sprouted up from the college ranks.

Chip Kelly, the Oregon head coach who brought the Ducks into national prominence over the past few years, was being heavily pursued by numerous NFL teams and appeared to be the front runner on many offseason wish lists. After some tantalizing flirtation with both the Cleveland Browns and Philadelphia Eagles, though, Kelly decided to head back to Eugene, Ore. His refusal of NFL suitors this offseason might just be Kelly’s first venture toward an eventual return home — something the Patriots should openly welcome.

Growing up in New England, in Dover, N.H., to be exact, Kelly always had a great appreciation for the Patriots’ organization. He coached at the University of New Hampshire for 13 years, closely watching in admiration as Bill Belichick built the Patriots into a dynasty comparable to the Dallas Cowboys and Pittsburgh Steelers. Kelly’s respect for the franchise grew so large that he even visited the Patriots’ complex in Foxboro, Mass., ahead of the 2012 season to chat and exchange ideas with Belichick.

Kelly’s apparent infatuation with the Patriots is understandable, given the franchise’s growth and success over the past decade, and if his eyes are on the prize in New England, then it might just explain his aversion to taking any other NFL jobs this winter.

Now, Belichick is still firmly tied in as the Patriots’ head coach through at least 2013, or as long as he wants.  The 49-year-old Kelly would have to wait a few years for his shot, at which point Josh McDaniels, Bill O’Brien or any number of other coaches could be swooning as well. Yet, Kelly would fit into the Patriots’ system just as well, if not better, than any of them.

Kelly is a very hands-on coach, much like Belichick, who runs an extremely tight and well-disciplined program in Oregon , with the dismissals of quarterback Jeremiah Masoli or All-American cornerback Cliff Harris as prime examples. He also is something of an offensive guru, similar to Belichick’s defensive title, and his uber up-tempo style has already infiltrated the Patriots’ offensive scheme this season.

Whenever Belichick does decide to move on, whether that be into retirement or some sort of front office role, there will be suitors aplenty for the opening as successor to his throne. Plenty would be qualified, but Kelly, even without any NFL experience, would have to be among the top finalists.

That reality is probably still sometime off in the distance, and maybe the speculation never comes to fruition, but the prospects of a Kelly-Patriots union are both very intriguing and entirely plausible. 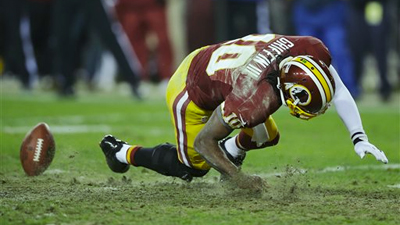 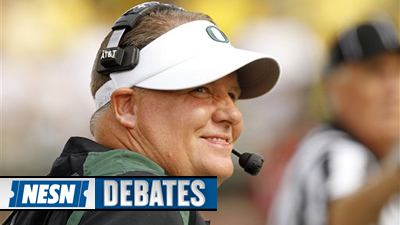 What Does the Mania Surrounding Jeremy Lin Most Remind You of?