Pep Guardiola shocked the soccer world when he stepped down as Barcelona’s head coach last spring. We received another jolt of Pep Wednesday, when Bayern Munich announced that Guardiola would become its new head coach starting next season.

Of all the out-of-work managers soccer coaches out there, Guardiola was the most in-demand and high-profile. Chelsea, Manchester City, AC Milan and PSG were among the clubs that have pursued him since last spring. Bayern’s successful chase represents no less than a coaching coup.

Guardiola’s personality and track record, combined with the structure, tradition and philosophy already in place at Bayern should make the coming era a successful one at Germany’s richest and most storied club.

He signed a three-year contract which expires in 2016, and optimists expect that he will have led Bayern and the Bundesliga (Germany’s first division) boldly into the future by then. They expect him to deliver multiple Bundesliga titles and UEFA Champions League glory, as well as the love and admiration of the soccer world. Bayern considers itself on par with Barcelona, Manchester United, Real Madrid and Europe’s other superclubs. The German giant hopes the Guardiola era will prompt the rest of the world to do the same.

The Guardiola to Bayern story is so appealing because it seems out-of-place in this day and age. People often say that money and power rule the modern game (and the world it represents), but Guardiola’s choice flies in the face of that assumption. The 41-year-old could have earned more money at Chelsea, City or PSG. Those clubs would have offered him total control over soccer matters as well. But Guardiola reject them in favor of the structure and stability that the Bayern post offers, according to FIFA.com.

“He chose Bayern because of all the teams from which he had offers it was the best,” Guardiola’s agent Josep Maria Orobitg reportedly told EFE Radio. “We were looking over the offers and this isn’t the team which offered the most money. It was chosen for the organisation there, for the potential that he sees, and for their players.”

Bayern Munich is no ordinary club. It’s got one of Europe’s best stadiums and commercial operations as cash cows. It also has one of the world’s best squads, as appearances in the 2010 and 2012 Champions League finals can attest. It’s an institution whose identity and philosophy have been shaped and molded over generations. Talent, professionalism, German efficiency and constant success are just a few traits commonly associated with it. Players and staff  — be they new, old, foreign or domestic — learn and live by Bayern’s codes from the moment they join the club. Guardiola’s new bosses — chairman Uli Hoeness, CEO Karl-Heinz Rummenigge and honorary president Franz Beckenbauer embody, defend and promote Bayern’s values more than anyone else.

Those three run the show, and Guardiola wants it that way. In fact, he needs that way. He considers himself to be more of a coach than a manager. His strength lies in leading and motivating his players, leaving the business of running the club to others. When he takes charge on July 1, he won’t be tasked with transforming the club. His responsibility is to implement his own ideas while staying faithful to Bayern’s philosophy and playing style. Decisions on player recruitment and development will be made in concert with the club’s holy trinity, as it has been done for the better part of the last two decades.

From the outside, it looks like the Guardiola hire heralds a new dawn for Bayern. He’ll replace 67-year-old Jupp Heynckes, who will retire at the end of the season. Next fall, Bayern will have one of the world’s best and most successful coaches roaming the sidelines. He’ll add star power and new storylines to Bayern and the Bundesliga. An interesting rivalry with Borussia Dortmund head coach Jurgen Klopp is already in the making, as the two clubs, led by bright and talented young coaches, expect to duke it out for Bundesliga and European supremacy in the coming seasons. If Germany’s national-team head coach Joachim Low takes charge of a German club after the 2014 FIFA World Cup, it would give the Bundesliga a level of coaching gravitas which would rival any of Europe’s top leagues.

“Guardiola is one of the most successful coaches in the world and we are sure that he can make not just Bayern, but all of German football shine,” the Telegraph reports Rummenigge said.

It remains to be seen if landing an iconic figure of Guardiola’s stature will have the same effect within the club. His first order of business will be to examine the squad and make some hard decisions. What role will key figures like Philipp Lahm, Bastian Schweinsteiger, Arjen Robben, Franck Ribery and Mario Gomez play as they approach and pass their 30th birthdays? One of Guardiola’s first decisions after taking charge of Barcelona in 2008 was to get rid of Deco, Ronaldinho and Samuel Eto’o (a year later) — the core of the club’s 2006 Champions League-winning team. Which, if any, of Bayern’s current stars will share a similar fate?

Bayern has an exciting group of players aged 26 and under that will form the core of Guardiola’s teams. Thomas Muller, 23, is  contender for German player of the year. If Guardiola can affect his career like he did Lionel Messi’s, then Muller should go ahead and invest in a cabinet big enough to hold a Ballon d’Or trophy or three. Guardiola will also integrate other young players into Bayern’s first  team, as he did to great effect at Barcelona. Beckenbauer and co. expect Guardiola to create the blueprint for success in the era of Fincancial Fair Play.

Guardiola is a unique figure in the game. He has a reputation for being not only an intelligent thinker but also a decisive man of action. Zlatan Ibrahimovic derisively referred to him as “the Philosopher” … as he was being shoved out of the Barcelona door on Guardiola’s orders. Guardiola won praise for his calm and reassuring demeanor, but he was also known as a strict disciplinarian. The Barcelona native left his hometown club and took his family to New York City for a year-long sabbatical, suggesting that he has a curious and adventurous side. These contradictions don’t detract from his standing in the game. They are part of what makes him the forward-thinking leader for whom the elite clubs of Europe have been competing in recent months.

The German challenge gives Guardiola a chance to learn a new culture. Values like sustainability and efficiency are en vogue in the 21st century, and German soccer is Europe’s hotbed of both. Bayern hopes that he will add a “Spanish flair” to its very German way of doing things, creating a new product that will set the soccer world alight with its excellence. He will become only the fourth non-German to lead the club in the last 30 years because Bayern felt the need to look outward in search of a brighter future.

Guardiola could have waited for his friends at Manchester City to put an acceptable structure in place. He could have rushed to PSG or Chelsea to create one himself. But he is no builder at this point in his career. The curious and pragmatic Catalan ventures to an alien culture looking to learn from it and tweak it to achieve great success. Should they part ways in 2016, Bayern and Guardiola will be better off for having experienced each other. 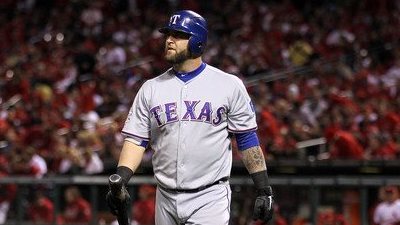