European sports fans are passionate, sometimes to a fault. That was on display Sunday in Greece, where Olympiacos forward Kyle Hines was hit in the head by a flare shot by fans while he was warming up for the Greek Cup Final.

Hines, who played in college at UNC-Greensboro, was on the court with a teammate when fans supporting Panathinaikos shot a flare that struck him in the head. He reportedly suffered burns and was treated for injuries, but apparently was able to play despite the accident.

Watch a video of the incident below, with a hat tip to The Big Lead. 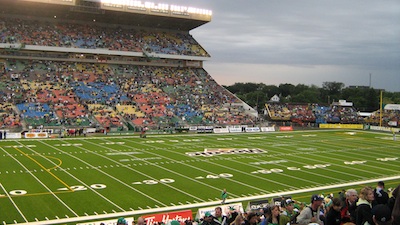