Report: 'Lionel Messi and Friends' Could Be Coming to Chicago and Los Angeles in Summer 2013 - NESN.com Skip to content Lionel Messi might be coming to America this summer. If and when he does, he’ll bring some backup.

The soccer superstar organizes a series of exhibition games, known as Messi and Friends, which benefit his foundation. The soccer roadshow could be coming to two of America’s largest cities in 2013, according to Crain’s Chicago Business.

“Lionel Messi and 35 of the world’s top soccer players are lining up a ‘Messi & Friends’ exhibition game at Soldier Field on July 6, according to Miami-based sports marketing company Numero 5 Producciones LLC, which is putting on the event,” the report says.

“The game, which reports suggest will feature international soccer stars like Didier Drogba, Carlos Bocanegra, Dani Alves and others, is part of a series of games benefiting the Lionel Messi Foundation that will also take place in Peru, Colombia and Los Angeles this summer.”

The Lionel Messi Foundation raises money and awareness for children who suffer (or are “at risk” of suffering) from terminal illnesses.

The Chicago game is not official yet, but the report says a verbal agreement is already in place.

“Luca Serra, spokesman for Solider Field management firm SMG, confirmed that Numero 5 has a verbal agreement with the stadium to hold the event, though final details of the contract are still being worked out.

“Mr. Serra said stadium officials are advising Numero 5 on setting ticket prices that will offset the massive costs of bringing the nearly three-dozen premier players to Chicago and are hoping to finalize the agreement in the next week.”

The date and venue for the Los Angeles game is unknown at this point.

Argentina will play FIFA World Cup qualifiers against Colombia and Ecuador on June 7 and 11. Messi should play in those games, barring injury, and begin the summer tour in sometime in the following weeks. 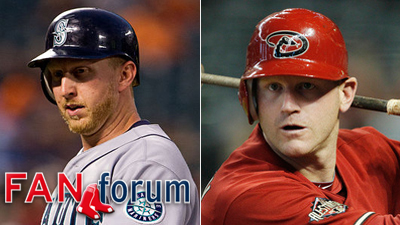