Having 670,006 Twitter followers is great until that moment when you accidentally tweet something you weren’t supposed to.

Hope Solo had such a moment Wednesday night, and it appears to have included her personal phone number. The U.S. soccer goalie sent something full of digits into the Twittersphere before quickly deleting the tweet and backtracking.

Solo’s first response claimed the joke was on everyone else.

She then said the number belonged to a hair stylist.

Solo tweeted a number with a reference to “gooch,” likely Oguchi Onyewu of the U.S. men’s soccer team, as Yahoo! Sports helpfully reports. (Those folks seem to have seen the tweet before it disappeared.)

Perhaps Solo and Onyewu are going to get matching cornrows or something. Either way, the joke is — apparently — on us. And the other 670,005 followers. Paul Pierce, coming through with the assists.

That is quite the tater.

Mark Teixeira Says He Won’t Be Back by May 1 Target, Acknowledges Injured Wrist Not Ready for Hitting 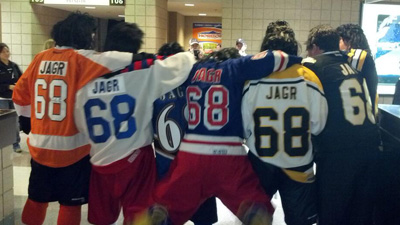