The soon-to-be Mr. and Mrs. Griffin seem to have relatively inexpensive tastes.

The crew at DC Sports Bog came across a wedding registry online at Bed, Bath and Beyond under the names Robert Griffin and Rebecca Liddicoat, Griffin’s fiancee. The Redskins quarterback has been relatively tight-lipped about his pending nuptials, but his mother, Jackie, let the cat out of the bag when she announced to My Fox DC that her son would be getting married this summer. The date on the online registry is July 6, 2013.

So, Redskins fans, if you’re feeling generous, go ahead and splurge on that $89.99 ice cream maker for your star quarterback. Maybe you’ll even get a hand-written thank you note.

Junichi Tazawa’s Shaky Outing Shouldn’t Cause Too Much Concern, Although Reliever More Fit for Setup Role 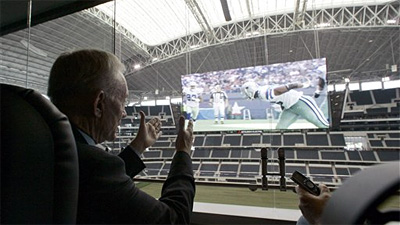