When a rookie joins his big league squad, it is common for veterans to play clubhouse pranks on the newest team member. But this was no joke put on by the Minnesota Twins, just an old-fashioned rookie mistake by outfielder Chris Colabello.

Colabello came up to bat against the Milwaukee Brewers on Monday night and notched his first career hit, but rounded first base wearing the wrong version of the Twins’ away jersey. While Colabello sported the navy blue jersey with “Twins” across the front, the rest of the team had on the away blues with “Minnesota” stitched across their chest.

Perhaps wearing a different jersey serves as a good luck charm for Colabello, as he got a chance to notch career hit No. 2 –in the correct jersey– on Tuesday as a pinch-hitter, but was unsuccessful. Check out Colabello’s slip-up in the video below. 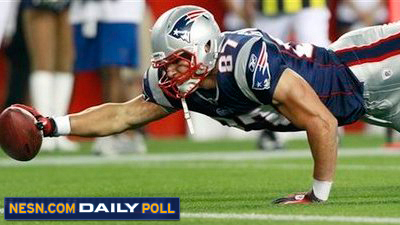 Vote: Who Will Be the Most Important Receiver For Tom Brady This Season?