WWE, NFL Looking Into Partnership That Would Make Wrestlers Out of Football Players - NESN.com Skip to content Nearly every NFL team has 90 players on its current roster. That will need to be cut down to 53 by the time the season starts, with eight extra players carried on each team’s practice squad. That means that nearly 1,000 football players will be out of a job by the time September rolls around.

WWE is attempting to form a partnership with the NFL to give some of those players a job once their football careers are over, according to FOXSports.com. Jim Ross, a WWE announcer turned talent developer, is meeting with the NFL Players Association on Wednesday in hopes of developing a program that would funnel NFL players into WWE development.

?Everybody doesn?t make the 53-man roster,? Ross told Jim Miller and Alex Marvez on SiriusXM NFL Radio. ?Some guys are going to be looking for work, and we?ve got some job openings. Maybe we can put the synergies of those two entities together and create something wonderful some day.?

Plenty of former football players have found careers in wrestling in the past. Some of them include Dwayne “The Rock” Johnson, Ernie Ladd, Bronco Nagurski and Bill Goldberg.

Recently, Joe Anoa’i has been moving up the professional wrestling ranks as “Roman Reigns,” a member of the WWE tag team champions “The Shield.” Anoa’i played defensive tackle for Georgia Tech before being signed as an undrafted free agent by the Jacksonville Jaguars. 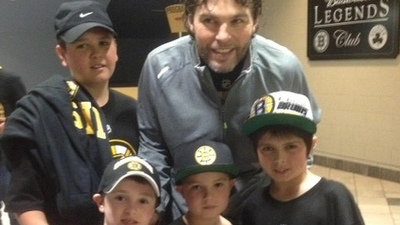