If a Floyd Mayweather Jr.–Manny Pacquiao bout is ever going to go down, it may have to take place off of U.S. soil.

Pacquiao’s promoter said the Filipino fighter may never box in the U.S. again because of steep taxes for foreign athletes. Pacquiao’s next fight is on Nov. 23 in Macau, China, against Brandon Rios. The bout will take place in the morning, so it will still air live on pay-per-view on a Saturday night.

?By fighting outside the country, as he?s doing in this Rios fight, Manny doesn?t have to pay U.S. taxes anymore ? at a rate of 40 percent for a foreign athlete,” Bob Arum told the Los Angeles Times.

?If this pay-per-view and other things take off like we think they may, I can?t imagine Pacquiao will ever again fight in the U.S.?

Arum thinks the fight against Rios could generate as much as $10 to $20 million in sales. They have struck a deal to allow Chinese patrons to pay $5 to watch the fight on tablets or cellphones.

The topic was struck up when Arum was asked about a possible Mayweather-Pacquiao fight. Arum said, “Let’s not even go there.” Mayweather is set to take on Saul “Canelo” Alvarez on Sept. 14, his toughest bout in years.

That led some to think that a match between Mayweather and Pacquiao may not be far off.

Come on O’s. Why do you have to go and make a mess? Yeah, the “Whoaaaa” reaction was pretty much perfect. 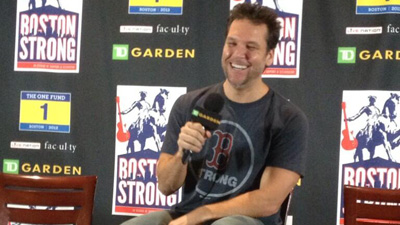