Back on June 26, the Patriots released former tight end Aaron Hernandez in the wake of his murder charge, putting an end to his New England career. However, just because the Pats released Hernandez, that doesn’t mean the team is entirely done dealing with him on the business end of things.

Hernandez is due an $82,000 bonus Aug. 1 for work he did with the team this offseason before the murder charge, and the Patriots do not intend to pay that sum, according to Adam Schefter of ESPN. That move is said to precede the team’s intention not to pay Hernandez a $3.25 million bonus he is due in March.

Hernandez’s agent, David Dunn — who also represents Alfonzo Dennard and Wes Welker — is subsequently expected to file a grievance with the NFL in an attempt to collect money he believes the former Patriot is owed. By releasing Hernandez, the Patriots did, however, give up an opportunity to try to recoup the $9.25 million bonus he received when he signed his five-year contract extension last year. 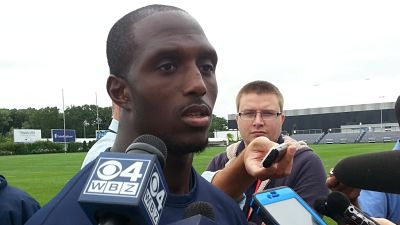