Last season, the Texans had custom letterman jackets made prior to their Dec. 10 game against the Patriots. They marched into Gillette Stadium looking like high schoolers and they played like it, too, losing 42-14 under the Monday night lights.

That’s what makes Houston’s decision to theme their Dec. 1 matchup against New England to “homecoming” seem so strange. The Texans have themes for all their home games. Other themes include “Liberty White Out,” “Hispanic Heritage Day,” “Pink Ribbon Day” and “Battle Red Day.”

After the embarrassing loss to the Patriots, the “deep steel blue” jackets were rarely seen again. Ian Rapoport of NFL Network tweets that “Letterman jackets NOT optional” in the matchup against the Patriots.

Connor Barwin, who has moved on to the Eagles, was the player who seemed most excited about the letterman jackets last season. 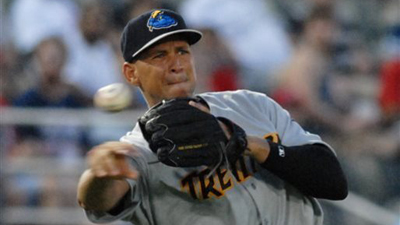 Report: Alex Rodriguez ‘Didn’t Show Much to Get Excited About’ in Minor League Rehab Game