Report: Lamar Odom's Drug Habit Got So Bad His Dealer Had to Cut Him Off - NESN.com Skip to content The saga continues to get worse for Lamar Odom.

Last week, rumors began to surface about Odom’s drug problem and how his marriage was on the rocks with wife Khloe Kardashian. The stories just continued to build throughout the week, too, as reports of a cocaine habit began to sprout up. He was even said to have spent more than $50,000 on cocaine over the last three years. Now, TMZ is reporting that his crack addiction has gotten even worse.

Odom’s crack addiction became so bad in recent weeks that his drug dealer had to cut him off, according to TMZ. The report claims that Odom was “calling incessantly” and “demanding more crack” from the dealer, who got scared enough that he had to stop serving the 33-year-old forward.

Odom, who is still an NBA free agent, did check himself into a drug and alcohol rehab center earlier this week, which seemed like a solid step on the road to recovery. The TMZ report says that Odom hasn’t stopped using crack, though. 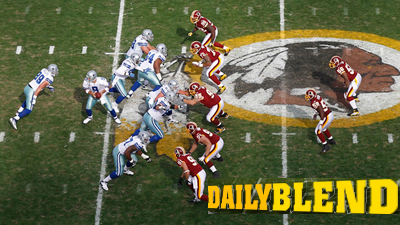 Peter King Wrote 2,000-Plus Words About Washington Redskins Without Once Mentioning ‘Redskins’