If everything goes as expected in the next 12 weeks, the Patriots and their fans should be able to look back at New England’s Week 5 performance and have a laugh — or at least a slight smirk.

The Patriots’ offense had a rough showing against the impressive Bengals defense. And while the majority of the Patriots’ defense looked good, there were some rough spots, especially against Cincinnati’s physical offensive line.

The Bengals presented a nearly complete opposite challenge to the Patriots than the Falcons did in Week 4. New England’s defense was able to prove themselves against Matt Ryan, Julio Jones, Roddy White and Tony Gonzalez. The Patriots’ offense failed its test against Cincinnati’s tough defense.

Let’s dive into the X?s and O?s of that matchup. Check out my film review of Patriots-Bengals below.

Tom Brady had his worst game of the season. Of his 20 incompletions, nine were bad passes. The rest could be chalked up to good defensive plays, drops or throws that could be blamed on the quarterback and receiver equally.

It certainly didn’t help that Brady’s wide receivers were having trouble gaining separation or that his offensive line had a tough time against Geno Atkins and the Bengals’ defensive line, but Brady needs to improve moving forward.

Brady overthrew, underthrew and bounced passes to his receivers. He let Cincinnati’s pass rush disrupt him on numerous occasions.

With Stevan Ridley and Shane Vereen out and Leon Washington injured on the opening kickoff, it was down to LeGarrette Blount and Brandon Bolden in New England’s backfield. The Patriots certainly missed Ridley, but behind the offensive line, it’s uncertain how much damage he could have done against Cincinnati.

Blount had a decent game, but still has troubles firing off the snap. Even with that issue, he got yards he probably shouldn’t have been able to due to his moves and power. Bolden was just OK. He had two drops and couldn’t get much going on the ground.

No receiver stood out for the Patriots. Aaron Dobson had the best play of the game, a 53-yard run catch and run that would have gone for a touchdown if the rookie had better field vision. Dobson didn’t get a full share of chances with Amendola back.

Amendola looked healthy, but he wasn’t getting as much room as he did against the Bills in Week 1. He and Julian Edelman each had two drops. Getting Amendola back didn’t give the Patriots quite the boost we may have expected. That may be due to how similar Amendola’s and Edelman’s games are. Edelman had already been playing well in Amendola’s role.

Kenbrell Thompkins couldn’t get much separation either. His route running is still solid, but Thompkins seems to have trouble catching any ball thrown his way. In general, there was a lot of double clutching and drops among the Patriots’ receivers against the Bengals.

The Patriots really need Rob Gronkowski back. Matthew Mulligan proved to be a solid blocker again, but Michael Hoomanawanui struggled at times to open holes for the running backs.

It’s gotten so bleak at tight end that Brady finally targeted left tackle Nate Solder in the end zone. It didn’t go very well, though Solder appeared to be held on the play.

Where to begin? No one came out looking great after this game. Ryan Wendell was solid for the second straight week after struggling in the first three games of the season.

Sebastian Vollmer, Logan Mankins and Solder had rare rough showings. Solder struggled in his matchups with Margus Hunt and Wallace Gilberry. Dan Connolly continues to have issues, as well. With Marcus Cannon riding the pine, one would think the Patriots may eventually turn to Cannon as the team’s starting right guard.

Tommy Kelly was by far the Patriots’ best defensive lineman in this game. He did well holding his ground against the run and got inside a couple times to disrupt rushing plays in the backfield. Kelly also had five hurries and 2 1/2 sacks.

Joe Vellano and Chris Jones did not have their best showing. Vellano had just one hurry in the passing game and had trouble holding his ground against double teams all game. Jones had 1 1/2 sacks and one hurry but had his own issues in the rushing game.

The defensive line held up without Vince Wilfork, but once Kelly hurt his knee, they had trouble keeping Cincinnati’s run game at bay. Kelly and Vellano did not prove to be a formidable combo in the middle of the defense. They allowed the Bengals to run for 5.2 yards per carry when Kelly was out of the game.

Rob Ninkovich and Chandler Jones each had 1/2 sack. Ninkovich had three hurries while Jones had two. Each did a nice job of steadying the edge. Jones was used more than usual as a five-technique defensive end. He held his ground well in the interior role.

Michael Buchanan failed to register a pressure in limited snaps. Jake Bequette was effective in the short-yardage defense.

The Patriots were able to limit the Bengals’ rush offense as well as they did because of the linebackers. Brandon Spikes is an explosive player who can blow up a backfield. He did so on numerous occasions, providing some extra bulk in the middle of New England’s defense. Spikes did overpursue at times, once choosing to deliver a shoulder to right tackle Andre Smith rather than going after the running back.

Jerod Mayo had a big game, as well. His 2 1/2 sacks look solid on paper, but he was only cleaning up on both plays. Mayo had a good game filling rushing gaps. He was mostly solid in coverage, though he lost Tyler Eifert a couple times.

Dont’a Hightower took a backseat to Spikes and Mayo in this game. He had one of the best plays of the game when he collapsed the edge on a Giovani Bernard run. He took on both tight ends and didn’t give the Bengals any room to run. Spikes came up with the tackle on the play cleaning up for Hightower. Although he was mostly solid in coverage, Hightower did get juked out of his shoes by Eifert on a 22-yard gain.

Jamie Collins rarely flashed in his limited snaps. He was mostly used dropping back in coverage in the nickel defense. Dane Fletcher actually played nose tackle in the goal line defense. He held his ground well.

To check out the linebackers? coverage and pass rush stats, click here.

Alfonzo Dennard pitched a perfect game on Andy Dalton. The second-year player didn’t allow a single yard because he wasn’t targeted. Dennard shadowed Marvin Jones, Mohamed Sanu and Tyler Eifert very well. There was a good reason his receivers weren’t targeted. They weren’t open. In the first four weeks of the season, Dennard played similarly until he was targeted. When the ball was actually thrown Dennard’s way, he could sometimes lose track of the ball and receiver.

Since Dennard wasn’t thrown at, he never had a chance to struggle in those situations. He and Spikes were the Patriots’ best players in this game.

Aqib Talib looked good against A.J. Green, though he wasn’t as dominant as he was against Julio Jones and Roddy White in the Atlanta game. Talib slipped on one of the catches he allowed.

Kyle Arrington did a nice job on Jones and Sanu, playing outside and in the slot. He missed a key tackle on a 28-yard Bernard run. On the Bengals’ third-and-15 conversion to Jones at the end of the third quarter, it appeared the Patriots’ defense wasn’t ready. Arrington’s reaction was delayed on that play.

Devin McCourty had another very nice game protecting the back half of the field. The Patriots allowed just two passing plays over 20 yards. One was the aforementioned Jones play and the other was the play Hightower got juked by Eifert.

Steve Gregory did well against Cincinnati’s tight ends. He chose to hit with his shoulder rather than wrap up a couple times. He was injured on one of those plays. Duron Harmon came in and played well when Gregory was out. 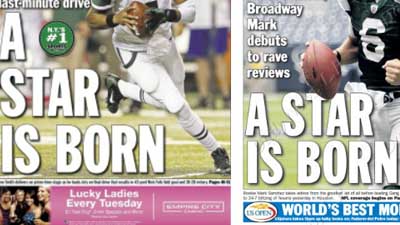 Ricky Williams Says Marijuana Use Was ‘Like Spinach for Popeye,’ Wasn’t ‘Achilles Heel’ for Him When Playing Football