Dwight Howard Upset Magic Did Not Retire His Number, Thinks No. 12 'Was Special Down There' - NESN.com Skip to content Tobias Harris wears No. 12 on his jersey in honor of a friend who died as a teenager. Dwight Howard probably doesn’t know this. Otherwise, it would be awkward for him to complain about Harris wearing his old number for the Magic.

Howard has moved on to bigger and better things in Houston and handled his move from the Lakers to the Rockets like a pro, but he still harbors hurt feelings over his messy departure from Orlando. The one thing that still seems to grate Howard is that Harris, a solid young forward acquired by the Magic in a trade last season, was allowed to wear Howard’s hallowed No. 12.

“I just think that despite whatever happened, there was a lot of things that I did and that we did as a team, and that number was special down there,” Howard said, according to the Orlando Sentinel. “And I was a little bit upset about that.”

Maybe Howard was influenced by the Magic’s in-state cousin Miami Heat, who even retire jerseys of players who never played for them (see: Michael Jordan), to believe his digits belonged in the rafters. His eight years in Orlando were pretty great. He made six Eastern Conference All-Star teams, won three NBA Defensive Player of the Year awards and led the Magic to the NBA Finals in 2009.

The major flaw in Howard’s argument is that he had a way to make sure no other player in Magic history wore No. 12. He could have re-signed there and just played instead of forcing his way out of town. Then, in seven or eight years, the Magic would have been more than happy to raise his jersey to the rafters.

By the way, the Magic have never retired any player’s number. Not Shaquille O’Neal‘s. Not Tracy McGrady‘s. Not Nick Anderson‘s. Not even Mickey Mouse’s. So Howard does not need to feel too bad. He’s in good company. 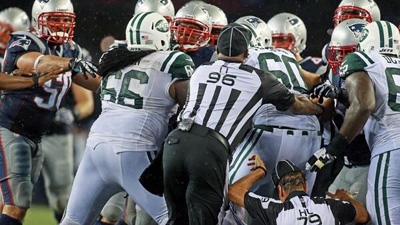 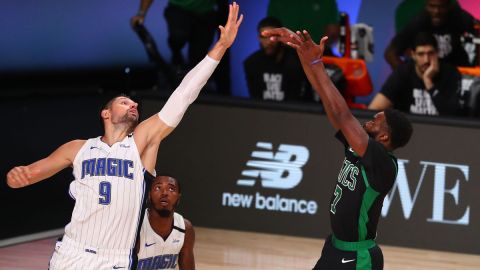 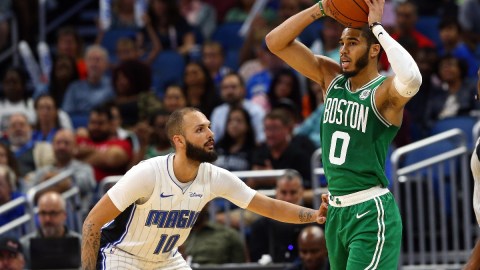