Gerald Wallace was a serious fan of the Red Sox and Patriots even before coming to Boston in the blockbuster trade of the summer, so it only makes sense that the new Celtics forward would be on hand for the Sox’ first playoff game in four years.

Wallace, sporting a Red Sox cap, stopped by the home dugout at Fenway Park prior to Game 1 of the ALDS on Friday, taking in the scene and exchanging pleasantries with manager John Farrell. When asked about the team’s chances against a tough division rival in Tampa Bay, Wallace said he’s confident in his boys.

“[I’m a] huge Red Sox fan,” Wallace told CSNNE’s Jessica Moran. “I’m from Alabama so we don’t have a team there. So I kind of ventured off. I’m not a Yankees fan, so I picked their biggest rival and I took the Red Sox.

“Nobody has counted on [the Red Sox] all year, anyways. We weren’t supposed to make it this far, and then everybody took us. So we’re here. … Just stay focused and I think we’ll be alright.”

Hear more from the tallest player on the field in the video below. 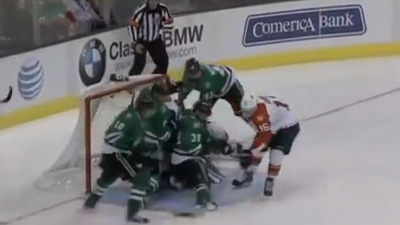