The Celtics point guard was surprised to field a question during media day on Monday about the team dinner he hosted at his house prior to training camp. He narrowed his eyes, peered at the questioner within the media throng and flipped the interview into an interrogation.

“Who told you that?” Rondo asked.

The rat was Danny Ainge, Rondo’s boss and the Celtics’ president of basketball operations, so Rondo had to rethink any plans of retaliation he may have had if the whistleblower had been a naive rookie. Thanks to Ainge, everyone knew that the Celtics owners, coaches and whatever players were in town had joined Rondo at his home for a little pre-training camp dinner party.

Still, Rondo was not about to allow that tiny leak lead to a wider trove of information.

“I think the dinner went well,” Rondo said vaguely. “I had to pay for the meal, but other than that –”

Then he added, dryly: “I think Jared [Sullinger] had the most.”

Whereas his partially torn right anterior cruciate ligament will still take several more weeks to fully heal, Rondo was back to his old tricks interview-wise. He interspersed ironic humor and one-word answers into the occasionally informational bits about his growing relationship with coach Brad Stevens and his gradual recovery from his knee injury.

“Me and Brad have become best friends,” Rondo said, unsuccessfully trying to hold back a smile at his own sarcasm. “We talk every day. I’m going to help him. He’s going to help me. He has my full support. I told him from day one, when he came to my camp, I’m 100 percent behind him in anything he wants to do and wants to change. I’ll have an open mind, and I’m ready to listen and be accountable for what he asks of me.”

Stevens made reaching out to Rondo his top priority, heading out to Kentucky to visit the point guard and to appear at Rondo’s basketball camp within a week of being hired. The two have been in constant contact ever since. They text daily. Stevens floods Rondo’s email with links to YouTube videos he thinks he should watch and has recommended books for Rondo to read.

Both men are working to dispel some misconceptions of Rondo in their own way. Stevens approached Rondo without any preconceived notions, unlike most of the people Rondo believes he meets. Rondo has said all the right things about accepting his new coach’s style and easing the rookie coach’s transition to the NBA. What Rondo has to like most is that, while Stevens’ system will differ from the one the Celtics ran under Doc Rivers, Stevens says he will not ask Rondo to do much adjusting.

“He won’t have any problem assimilating with how we’re trying to play because a lot of it is based on his strengths,” Stevens said. “I’ve watched him a ton, met with him a ton. When you have a guy of his caliber, you try your best to fit to him. He doesn’t need to fit to how I played in the past.”

Exactly what the Celtics’ style will be cannot be known until the new squad gets a few games out of the way. Stevens wasn’t telling on Monday, aside from saying the offense will move the ball and the defense will be man-oriented with zone principles, which is sort of like a driver saying he plans to win the Indianapolis 500 by pressing the gas and using the steering wheel. The first preseason game, set for next Monday against the Raptors, may be the most-analyzed early-October basketball game in some time.

In the meantime, Stevens loves that Rondo has taken on the role of an off-court leader as well as an on-court star, even if the benefits of those gestures only can go so far.

“The best team-builder you can have is not an exercise you have at night on a putt-putt course or whatever the case may be,” Stevens said. “It’s getting really good defensively. It’s doing a really hard thing together. It’s building that bond that way. That’s going to be the big part.”

In other words: Sorry, Sullinger. Your ability to capitalize on a free dinner will not serve you so well once you get back on the court. Team get-togethers are nice, but both Rondo and Stevens are focused more on improving a Celtics team that looks, right now, to be less feast and more famine. 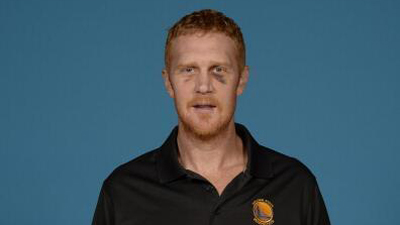