Socially-conscious NFL fans (or ones that just love the color pink) have had the opportunity all October to purchase pink merchandise that the league says helps support the fight against breast cancer. The NFL seems to have had a pink explosion go off at the beginning of the month, with many details of the game changing from their original colors to pink (remember the pink penalty flag fiasco?).

While the honorable intention is all well and good, it turns out that not much of the money made from pink merchandise sales actually goes toward cancer research, according to Business Insider. ESPN’s sports business guru Darren Rovell did a bit of research and found that the NFL “takes a 25 percent royalty from the wholesale price (1/2 retail), donates 90 percent of royalty to American Cancer Society.”

Business Insider did the math, and that comes to 8.1 percent of money spent on pink NFL merchandise that goes toward cancer programs and research.

Tack on the fact that only 71.2 percent of money that the American Cancer Society receives goes toward research and cancer programs, and the 8.1 percent figure comes together.

A Crucial Catch “is focused on the importance of annual screenings, especially for women who are 40 and older,” according to NFL.com. 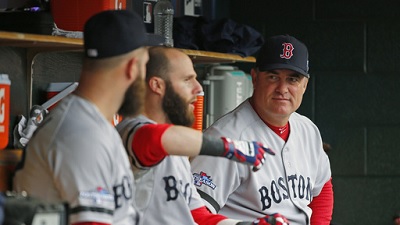