The NFL hasn’t been stingy with handing out punishments and suspending players this season, but on Friday, the league extended its reach and suspended an umpire after an in-game confrontation last week.

Redskins lineman Trent Williams accused veteran umpire Roy Ellison of yelling profanities at him late in the first quarter of Sunday’s Eagles-Redskins game, according to ESPN. Williams said Ellison walked by him after a play and called him a “garbage-a–, disrespectful m—–f—–,” an accusation that Williams’ teammates back up.

The NFL suspended Williams without pay for one game, issuing a statement on the league’s code of conduct for officials:

“NFL game officials are expected to avoid personal confrontations with players and be respectful of players and coaches at all times. The NFL-NFLRA collective bargaining agreement states that at no time will a game official engage in any conduct which adversely affects or reflects on the NFL or which results in the impairment of public confidence in the honest and orderly conduct of league games or the integrity or good character of its game officials.'”

The National Football League Referees Association released a statement saying the group will fight the decision by the NFL.

“Roy Ellison is an accomplished 11-year veteran who is highly respected,” Michael Arnold, the NFLRA’s legal counsel said in the statement. “The NFL imposed its judgment upon him without consideration of all the facts. The decision was arbitrary and unjustified and will be challenged with an immediate grievance.”

On his end, Williams denies making any derogatory statements toward Ellison. 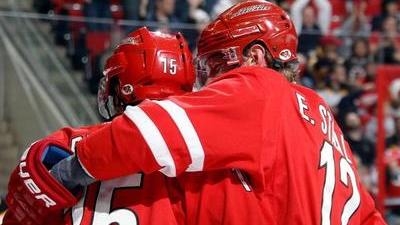 Who Was the Hurricanes’ First Captain?