Luis Suarez committed his future to Liverpool Football Club by signing a new long-term contract at Melwood on Friday.

The 26-year-old Uruguayan says he is “proud” and “delighted” at having put pen to paper on the new extended deal and is focused on helping the club achieve its ambitions of sustainable success both domestically and in Europe.

The Reds’ No.7 also paid tribute to the club’s supporters, citing the “special relationship” he has with them as a key factor in reaffirming his commitment to Liverpool.

Suarez joined the club in January 2011 and is widely regarded as one of the most talented players in world soccer. This season alone, Suarez has scored 17 goals in 11 Barclays Premier League starts.

“I am delighted to have agreed [to] a new deal with Liverpool and have my future secured for the long term,” Suarez said. “We have some great players, and the team is growing and improving all the time. I believe I can achieve the ambitions of winning trophies and playing at the very highest level with Liverpool. My aim is to help get us there as quickly as possible.

“Without doubt the backing I have received from the Liverpool fans has influenced my decision. I am so proud to represent them and go out to do my best for them every time I pull on the shirt.

“We have a special relationship. They have love for me, and in return, I love them back. I will always do my best for them, and hopefully we can achieve success together.”

Liverpool manager Brendan Rodgers said the news will give everyone a lift.

“This is fantastic news for everyone associated with the club — the team, the owners and most importantly the supporters,” Rodgers said. “Luis is a world-class talent, and securing his services is crucial for what we are trying to achieve here.

“What’s most important and most exciting is that, at just 26 years old, his best years are still ahead of him, and we now know we’ll be seeing him reach that potential in a Liverpool shirt.”

Principal owner John W. Henry says Suarez’s signing shows the progress being made on and off the field.

“We are committed to working hard to keep our best players, and this is an indication that we are moving in the right direction and moving at a pace that impresses one of the best players in world football,” Henry said. “The club has made major strides forward in recent years, and we are all committed to delivering the success our supporters want and deserve.”

Liverpool chairman Tom Werner said, “This demonstrates our commitment, as an ownership group, to building a team that competes at the highest level both in the Barclays Premier League and in Europe.

“Our primary motive is to do what is best for Liverpool Football Club, and today’s news is another significant step forward on this journey.” 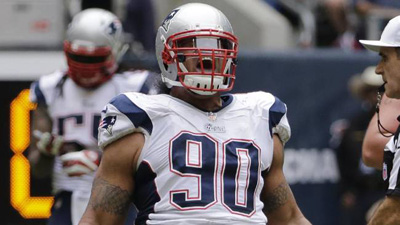 Isaac Sopoaga Not Having Much Impact On Field, but Veteran’s Influence Being Felt on Sideline, in Locker Room 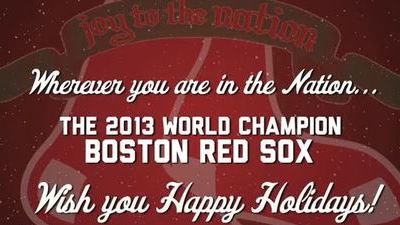