Randy Moss Says He Could Still Score 15 Touchdowns in NFL, Even at Age 36 - NESN.com Skip to content Randy Moss scored just three touchdowns last season with the San Francisco 49ers, but he seems confident that he could still put up 15 touchdowns in a season if he was given the chance.

Moss, 36, scored 156 touchdowns during his 14-year NFL career, tallying 15 or more in four different seasons. The now-retired receiver jumped on The Peter Schrager Podcast on FOXSports.com recently to discuss the state of wide receivers in the NFL, and he was fairly adamant that he could still keep pace with the best receivers in the league.

?If I had to go out here and feed my family by getting back on that football field, I could still put up 15 or 16 touchdowns,? Moss said FOX Sports. ?I can still play the game.?

Saints tight end Jimmy Graham leads the NFL with 15 touchdowns this season, and he is the only receiver with more than 12 on the season. Cowboys receiver Dez Bryant, 49ers tight end Vernon Davis, the Lions’ Calvin Johnson and the Broncos Julius Thomas and Demaryius Thomas are all tied for second with 12 scores. But, even while Moss sits in his comfortable seat inside the FOX Sports studio each week, he still seems to think he can go out and mirror his record-breaking 2007 season. 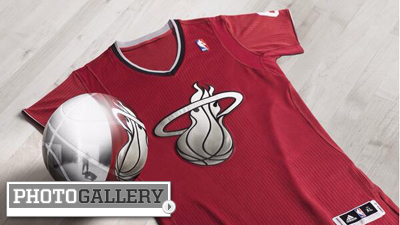